Victoria Monét is preparing for her life as a mother–but even before she gives birth, the baby she’s growing is already influencing everything she does. 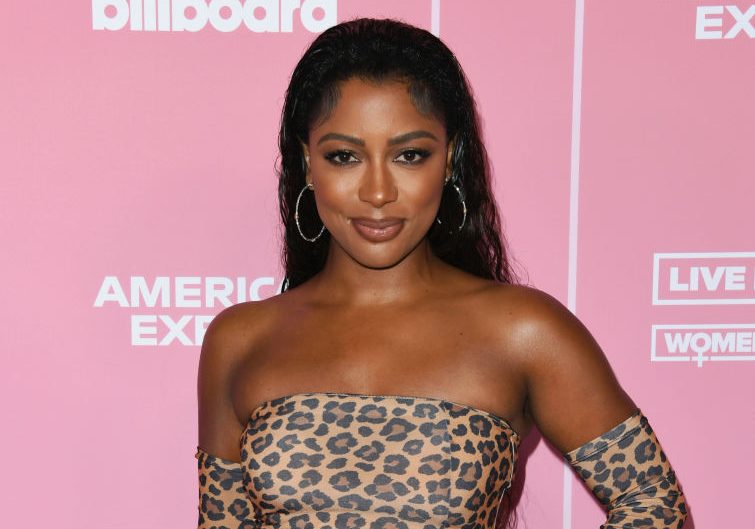 The singer sat down with Zane Lowe on Apple Music to discuss her new song, “F.*.*.K.” During their conversation, she touched on what it’s been like creating music. while pregnant, working with producer D’Mile and an orchestra on the song, and so much more.

When Lowe asked Monét how her process changed after getting pregnant, she revealed that she already feels more pressure to be perfect. Why? She’s got her “biggest fan right inside of me.”

“I feel, honestly, when I’ve been creating while pregnant, it almost feels like more pressure, because I feel like I have the biggest fan right inside of me and my number one supporter. And so I’m like, “I have to make sure that they like the music,’” she revealed.

“That’s just so important to me. So I’m even more particular now than I was before,” Victoria continued. “And so I think it’s going to be an interesting dynamic to just create while baby is growing up and see what they respond to. I’m only referring to them as they, because I haven’t said the gender yet. But yeah, I’m very curious to see the reactions and I feel like they’re going to be the greatest A&R for me.”

When it comes to her new song, “F.*.*.K.,” Monét revealed what it was like working with one of her “favorite producers of all time,” D’Mile.

“Well, one of my favorite producers of all time, D’Mile had to touch it. So we started there. I love to start from scratch, so everything starts really, really simple. And I was just in the mood to create something that really reflects what modern day youth feel like,” she said.

“Because we’re so into casual flings and sex and things that aren’t as … So we’re a little bit more free as millennials,” Victoria continued. “So I just wanted to have a song that reflects that in a clever way, with being able to say what I want to without saying it.”

Listen to the new track here.