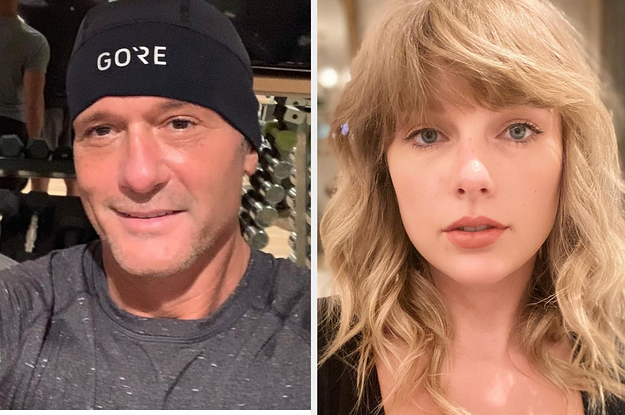 “[I felt] a little apprehensive.”

Although that was a great honor for the “Don’t Take the Girl” singer, he admitted the track made him feel “a little apprehensive.”

“I thought, ‘Have I gotten to that age now to where they’re singing songs about me? Does that mean I’ve jumped the shark a bit? Is everything still cool?'” he told host Alecia Davis on Apple Music Country for Apple Music Essentials.

But when McGraw realized what age Swift was when she wrote that song, he no longer felt that bad about it.

“And then I realized that somebody had told me that she was in her seventh-grade math class when she wrote the song,” he said.

“So it made me feel a little bit better about that because she was so young writing it. So I didn’t feel like I was that terribly old,” McGraw continued.

When Swift released “Tim McGraw” in 2006, it peaked at No. 40 on the Billboard Hot 100 chart. Since then, the pop icon has sung that song with him multiple times on her Reputation tour.

After he got over his initial shock, Tim immediately saw the song for what it is: Not only incredible, but also a true honor.