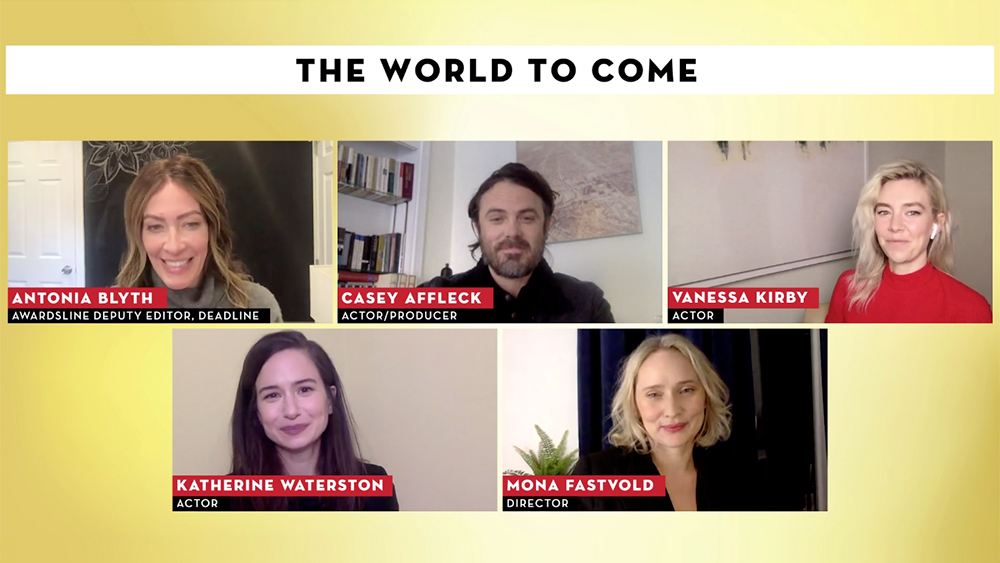 Norwegian director Mona Fastvold’s The World to Come takes her into frontier country, as two put-upon farmers wives—played by Vanessa Kirby and Katherine Waterston—unexpectedly find love in the drudgery of 1850s America, despite their strained relationships with their husbands, played by Casey Affleck and Christopher Abbott.

Speaking during the Bleecker Street drama’s panel at Deadline’s Contenders Film awards-season event alongside Kirby, Waterston and Affleck, Fastvold explains that the project came to her out of the blue after being contacted by Affleck (who in addition to co-starring is also the film’s producer) and his producing partner Whitaker Ladder.

“They reached out to me with the screenplay,” she recalls. “I write quite a bit, and I often write for other directors as well, so I hadn’t really considered directing something that I hadn’t read myself. But just upon reading the screenplay—even at the first few pages—I immediately got excited. You see images, and you start to see your way into it. So, I started talking to Casey and Whitaker about what I would do and what I would bring to it. They said, ‘This is where the script is, and now it needs to be kind of taken further—we need to figure out who these women are going to be, explore their relationship, their sexuality.’ I felt I had a lot of freedom to really make it my own.”

Affleck explains that it was the writing that drew him in. “It’s a beautifully written story and it was just very moving. I was very touched by the story of these two people who were in the worst moment of their lives and who found each other.”