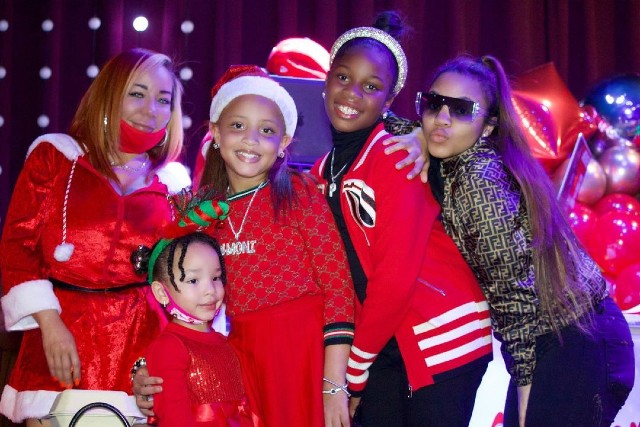 Tameka “Tiny” Harris and her daughter, Heiress Harris, are spreading Christmas joy. The Friends and Family Hustle stars hosted Tiny’s Winter Wonderland on Monday (Dec. 21), which was all about charity.

Tiny hosts her Winter Wonderland every year as a way of giving back to her community. This year was no different as the celebrity mom gave away bikes and other toys to kids in Atlanta.

The Popping Squad was one of several entertainment groups present at Tiny’s giveaway. “We Ended 2020 LIT,” the group shared on its Instagram page after the festivities convened. “Huge Thank You in A MAJOR Way to Tiny @majorgirl for having us grace the stage at Tiny’s Wonderland,” The Popping Squad shared. “@heiressdharris had us HYPE on Stage and So Did The Grinch,” the group said of the energy in the building.

Heiress Harris has been getting around this holiday season. It was just a few weeks ago that the little one spread holiday cheer at the Saints vs. Falcons game.

Tiny Harris and the other members of Xscape were in the spotlight to sing the national anthem. It was Heiress’ activity on the sidelines, however, that made her the real MVP of the event. Tiny’s daughter managed to spend time with her friends while also meeting new acquaintances. Heiress even gained a friend in the Falcons’ mascot and the team’s cheerleaders.