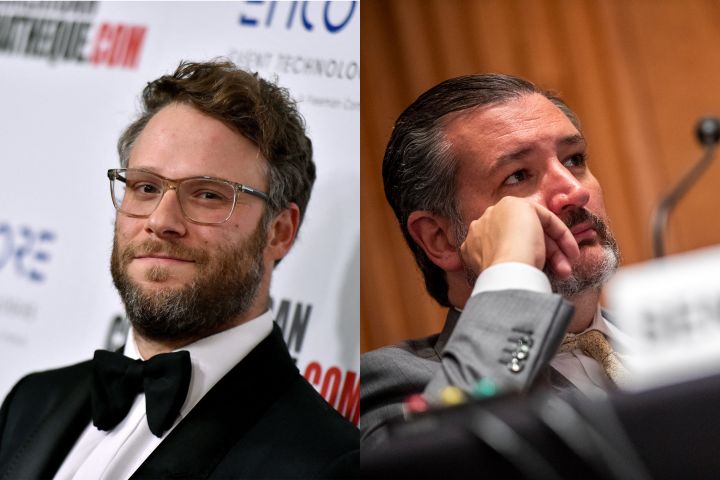 On Wednesday, the “Knocked Up” star and the U.S. senator from Texas got into a big, vulgar Twitter spat over American politics.

Things kicked off when Cruz’s official senate office account tweeted out a broadside at newly sworn-in president Joe Biden’s order for the country to rejoin the Paris Climate Agreement.

Rogen, replying directly to the tweet, told Cruz, “F**k off you fascist.”

Fuck off you fascist.

Not taking kindly to being called a fascist in such vulgar terms, Cruz responded on his personal account, ironically chiding Rogen, calling him a “rich, angry Hollywood celebrity” and implying the actor is not on the side of workers or union members.

If you’re a rich, angry Hollywood celebrity, today’s Dems are the party for you.

If you’re blue-collar, if you’re a union member, if you work in energy or manufacturing…not so much. #JobsMatter pic.twitter.com/mwtMaBKiS2

Once again, Rogen replied directly, telling the senator, “Haha get f**ked fascist. Go encourage a white supremacist insurrection again you fucking clown,” referring to Cruz’s efforts to overturn the results of the presidential election, which culminated in the violent storming of the U.S. Capitol, leaving five people dead on Jan. 6.

The Canadian-American actor followed that up by quote tweeting Cruz, calling him a “white supremacist fascist” and referencing his support for Donald Trump after he disparaged Cruz’s wife’s looks during the 2016 presidential primary race.

Rogen also added that he is, in fact, a member of four unions.

Rogen’s self-described “non-threatening buddy” Joseph Gordon-Levitt chimed in to offer a “more charming and civil” explanation about why Cruz is a fascist.

Your support of the former President’s attempts to baselessly overturn a democratic election is reminiscent of supporters of Hitler, Mussolini, and others. https://t.co/6hWkj9SKEa

Rogen wasn’t done, noting that the whole thing “is way more fun now that I know he’s for sure seeing my tweets,” and getting into another exchange.

Hey @tedcruz. Watch this and then go fuuuuuuuck yourself you clown. (This is way more fun now that I know he’s for sure seeing my tweets) https://t.co/9hsLehI5Bp

Everyone who made that film would hate you.

As someone who has Tourette’s in their family (and also has a very mild case himself), I once again take great pleasure in telling you to go fuck yourself. (Also VERY few cases of Tourette’s manifest in uncontrollable swearing. Most cases, like mine, manifest in twitching.) https://t.co/NJaEjMfNJt

All jokes aside, @tedcruz is a fascist piece of shit.