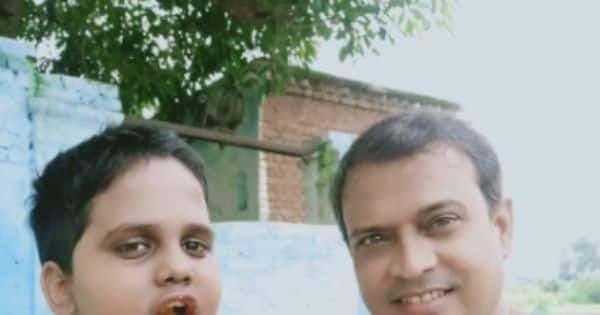 The year 2020 has been a merciless one. In another tragic incident, popular comedian Rajeev Nigam lost his son, Devraj. His son passed away on November 8, 2020, which happens to be Rajeev Nigam’s birthday. Rajeev Nigam is known for his work in Comedy Circus and the Star Plus show, Har Shaakh Par Ullu Betha Hai. It seems the boy died in Lokhandwala, Andheri. Rajeev Nigam shared the news on Facebook with an emotional note in the memory of his son. He wrote, “What a surprise birthday gift… mera beta devraj aaj mujhe chod ke chala gaya.. bina birthday cake kaate… pagle aisa gift koi deta hai (My son Devraj left for his heavenly abode, without cutting my birthday cake. Who gives such a gift?)” Also Read – Family Time with Kapil Sharma, India’s Next Superstars – TV shows that disappointed us in the first quarter

It seems Devraj had been unwell for a long time. In 2018, he went into a coma. In a report in Times Now, a journalist wrote, “Rajeev’s life took a drastic turn after his son went into a coma. He completed the shoot of Har Shaakh Pe Ullu Baithaa Hai with difficulty during those days. He even decided to put his successful career on the backburner and focus on his family and hence, he returned to his hometown to take care of his son.” At that time, he informed his fans that his son was critical. It seems Devraj was put on a ventilator and the doctors were unsure about his recovery. In the past couple of years, he did not post any update about Devraj. It seems the young man passed away yesterday after a long fight with his condition.

Rajeev Nigam’s father died in Kanpur three months back. Friends have extended condolences to the bereaved father. They have sent prayers for the parents to tide through this time of immeasurable grief. We extend our condolences to the family.