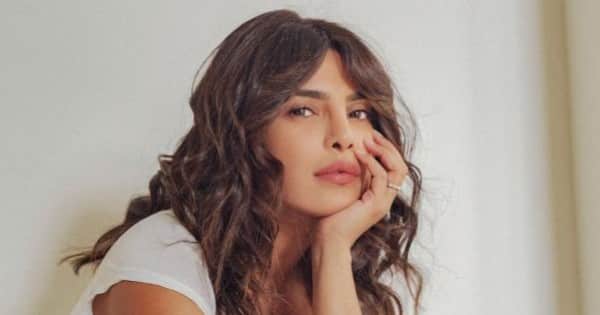 Priyanka Chopra is the global star today. However, she did not have a rosy start and neither a Godfather in the industry. She is self-made and continues to work hard and balance all aspects of her life. The actress opened up on facing racism early on in her life. Priyanka Chopra in her upcoming memoir opened up how people would bully her and pick on her for her colour. People.com shared an excerpt from Priyanka Chopra’s memoir which tells the tale of her being bullied at a school in the US. Also Read – Trending Entertainment News Today: Sultan’s casting ‘Tandav’, Master box office, Rakhi Sawant’s sperm donor

Priyanka in her memoir recalled, writing, that she had moved to Newton, Mass., to stay with her extended family at the age of 12. The 38-year-old actress revealed that she faced such bullying at school back then that she moved back to India to complete her schooling. As per the excerpt, Priyanka was constantly picked on by her peers. “Brownie, go back to your country!” and “Go back on the elephant you came on,” she would be called out while walking down the halls, Priyanka Chopra revealed. The Barfi actress also added that she had reached out for help while being bullied but even her guidance counselor couldn’t help. Also Read – The White Tiger: Priyanka Chopra and Rajkummar Rao discuss their favourite Hajmolas on a dinner date — watch video

“I don’t even blame the city, honestly,” Priyanka added. The Gangajal actress also added that back then it affected her very much. “I just think it was girls who, at that age, just want to say something that’ll hurt. Now, at the other side of 35, I can say that it probably comes from a place of them being insecure. But at that time, I took it very personally.” After the incident, Priyanka Chopra revealed that she broke up with America and came back to India to heal. “so blessed … I was surrounded by so much love and admiration for who I was. Going back to India healed me after that experience in high school.” Also Read – Rajkummar Rao: I am an actor because of Shah Rukh Khan sir, could connect with his journey

“In America, I was trying not to be different,” Priyanka had continued in the book. “Right? I was trying to fit in and I wanted to be invisible. When I went to India, I chose to be different,” the actress added. Later in the interview with People, Priyanka added, “I took it very personally. Deep inside, it starts gnawing at you. I went into a shell. I was like, ‘Don’t look at me. I just want to be invisible.’ My confidence was stripped. I’ve always considered myself a confident person, but I was very unsure of where I stood, of who I was.”