Prince Harry and Meghan Markle made a private visit to the Los Angeles National Cemetery on Sunday in honour of Remembrance Sunday.

The couple laid flowers from their own garden as a way to “personally recognize Remembrance” at two gravesites of commonwealth soldiers. One from the Royal Canadian Artillery and another from the Australian Air Force.

RELATED: Prince Harry Says Wearing His Military Uniform Was One Of The ‘Greatest Honours’ Of His Life

A wreath was also placed at an obelisk in the cemetery. It features a plaque that reads, “In Memory of the Men Who Offered Their Lives in Defense of Their Country.”

The Duke of Sussex, who served two tours in Afghanistan, signed the wreath, writing, “To all of those who have served, and are serving. Thank you.”

As seen in the pictures, Harry and Meghan did wear masks but also removed them when they were at a safe distance from others. 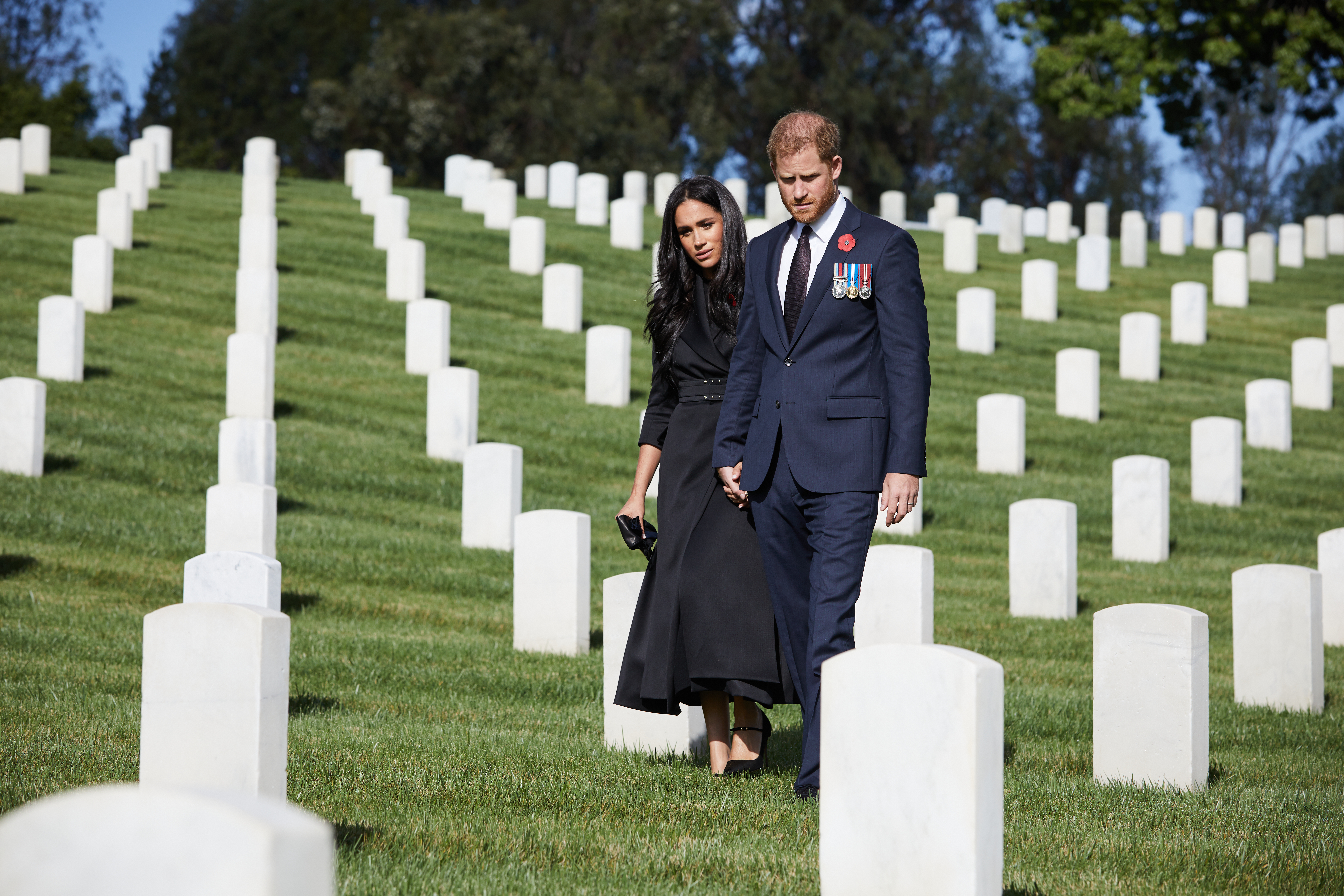 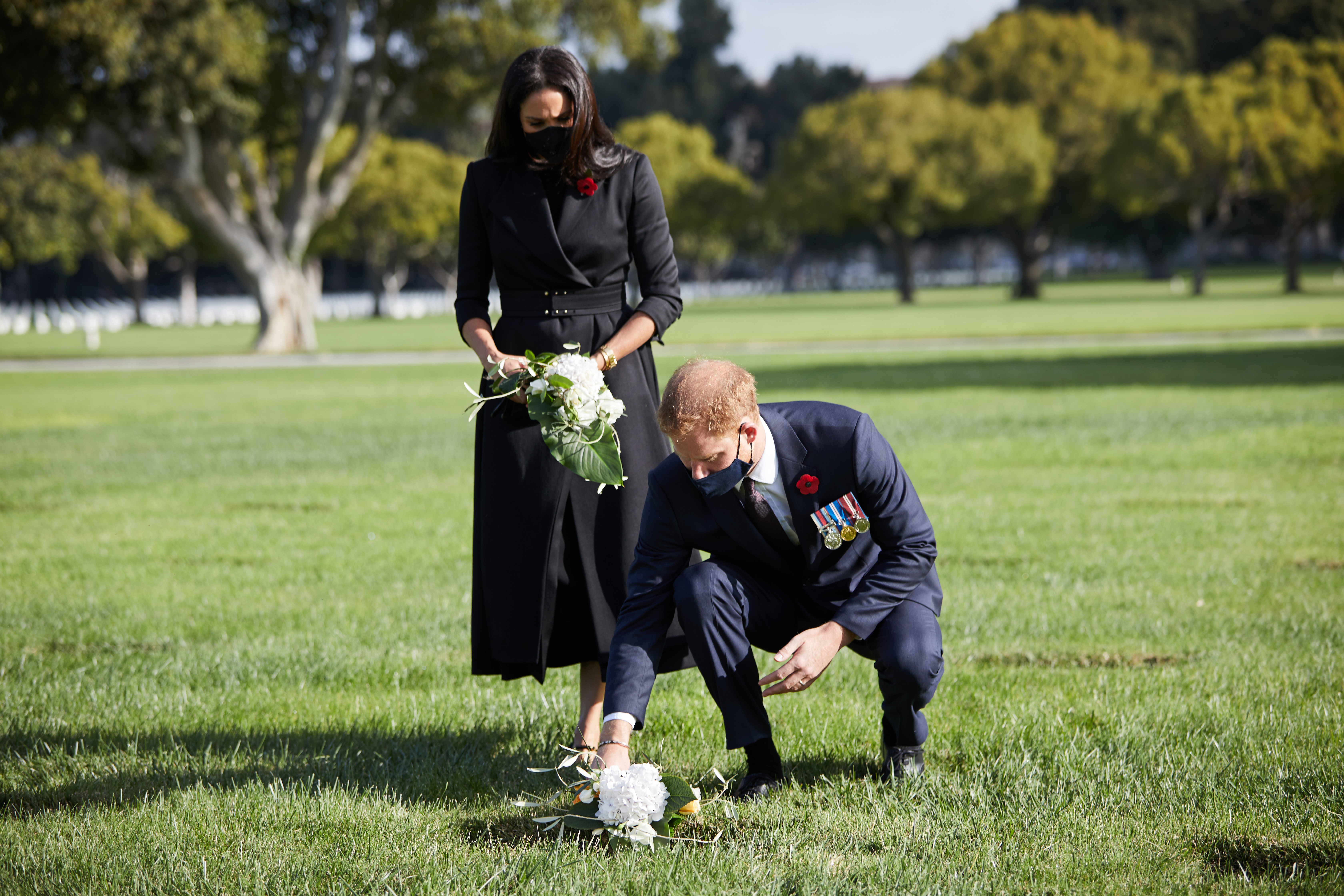 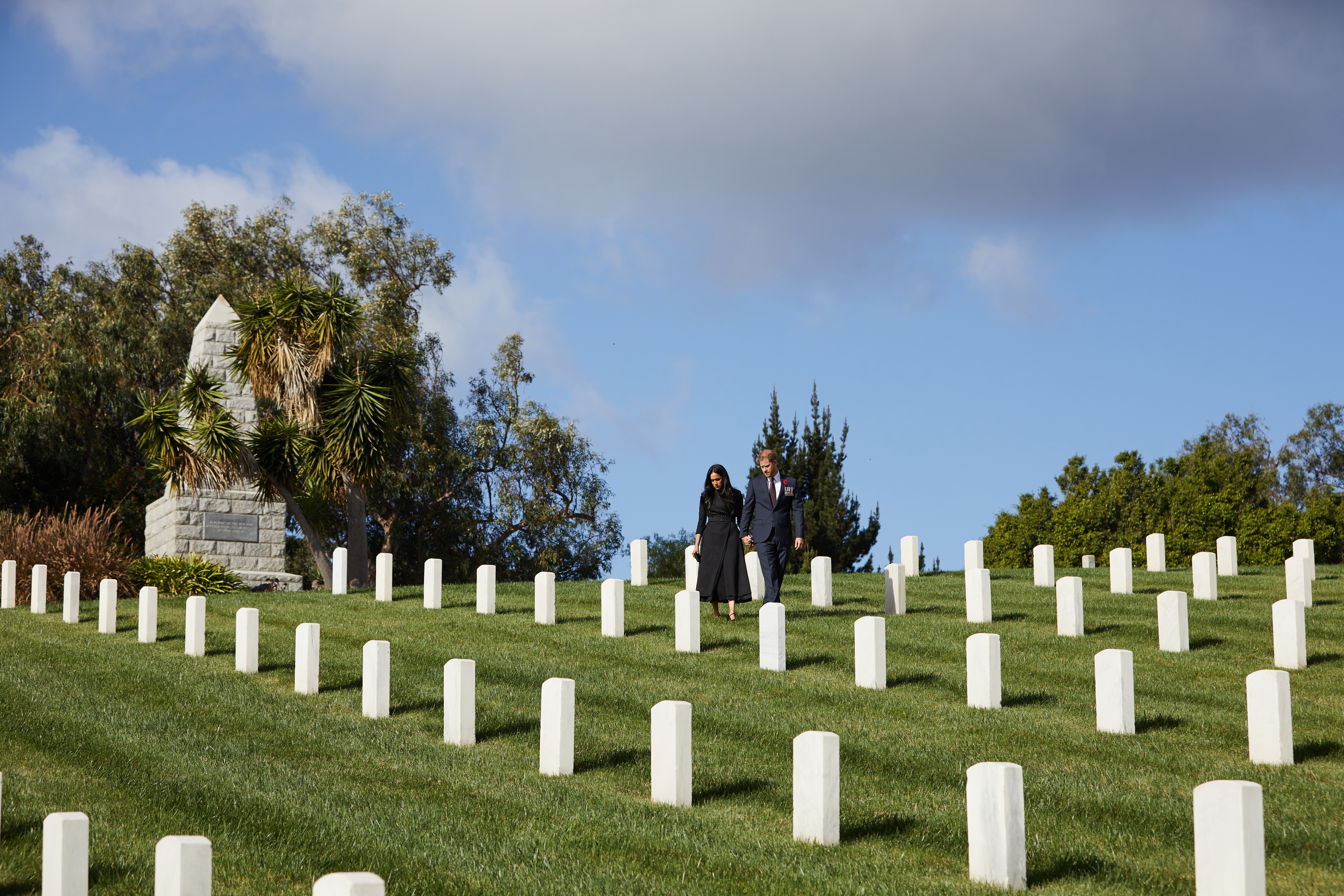 After serving in the Army for 10 years and holding the ranks of Major, Lieutenant Commander and Squadron Leader, Prince Harry had hoped to join other members of the Royal Family at The Cenotaph in London to lay a wreath.

However, asking courtiers if he could join Prince Charles and Prince William, he was denied, saying he no longer represents the monarchy. Queen Elizabeth II was not made aware of the situation reports The Sunday Times. 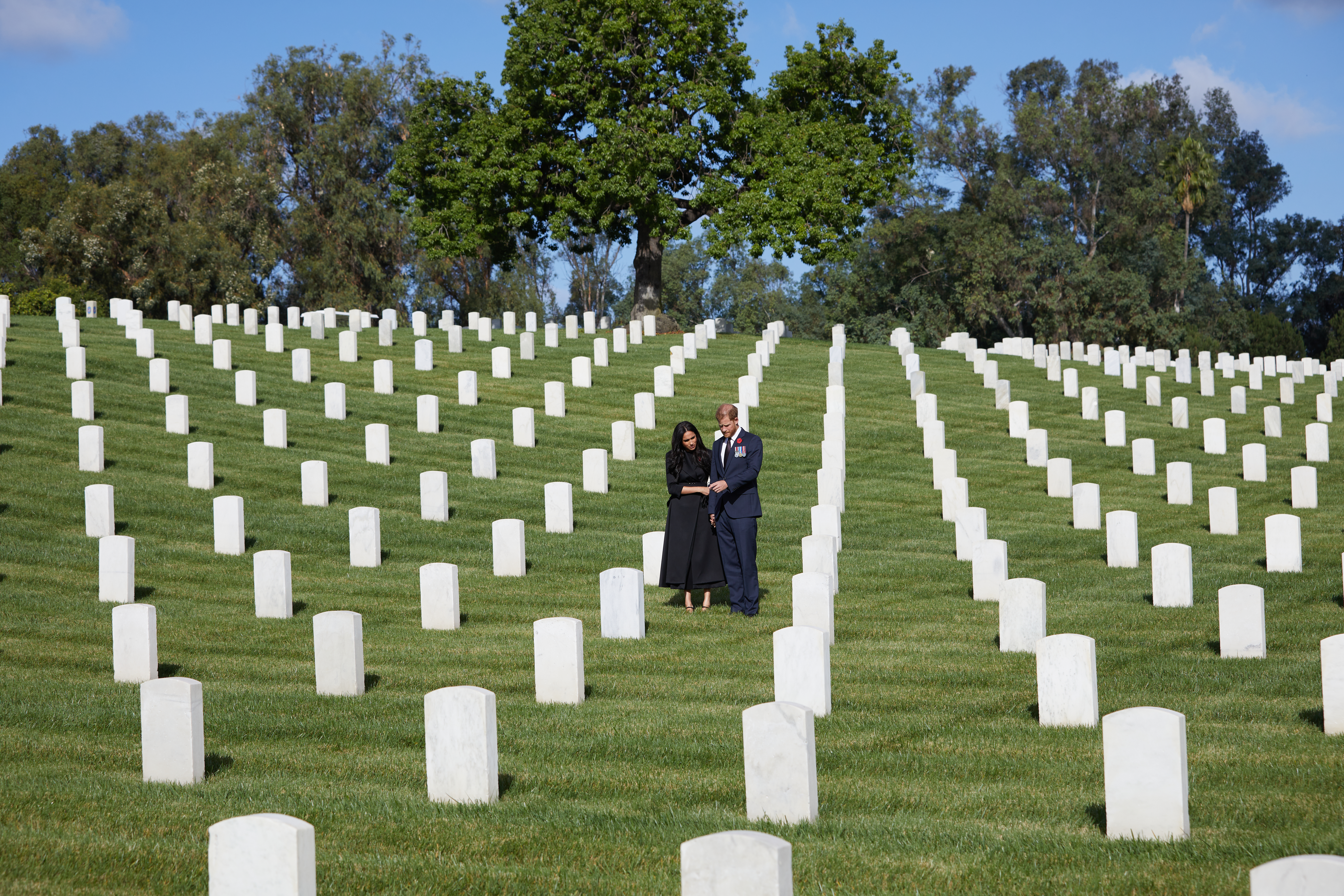 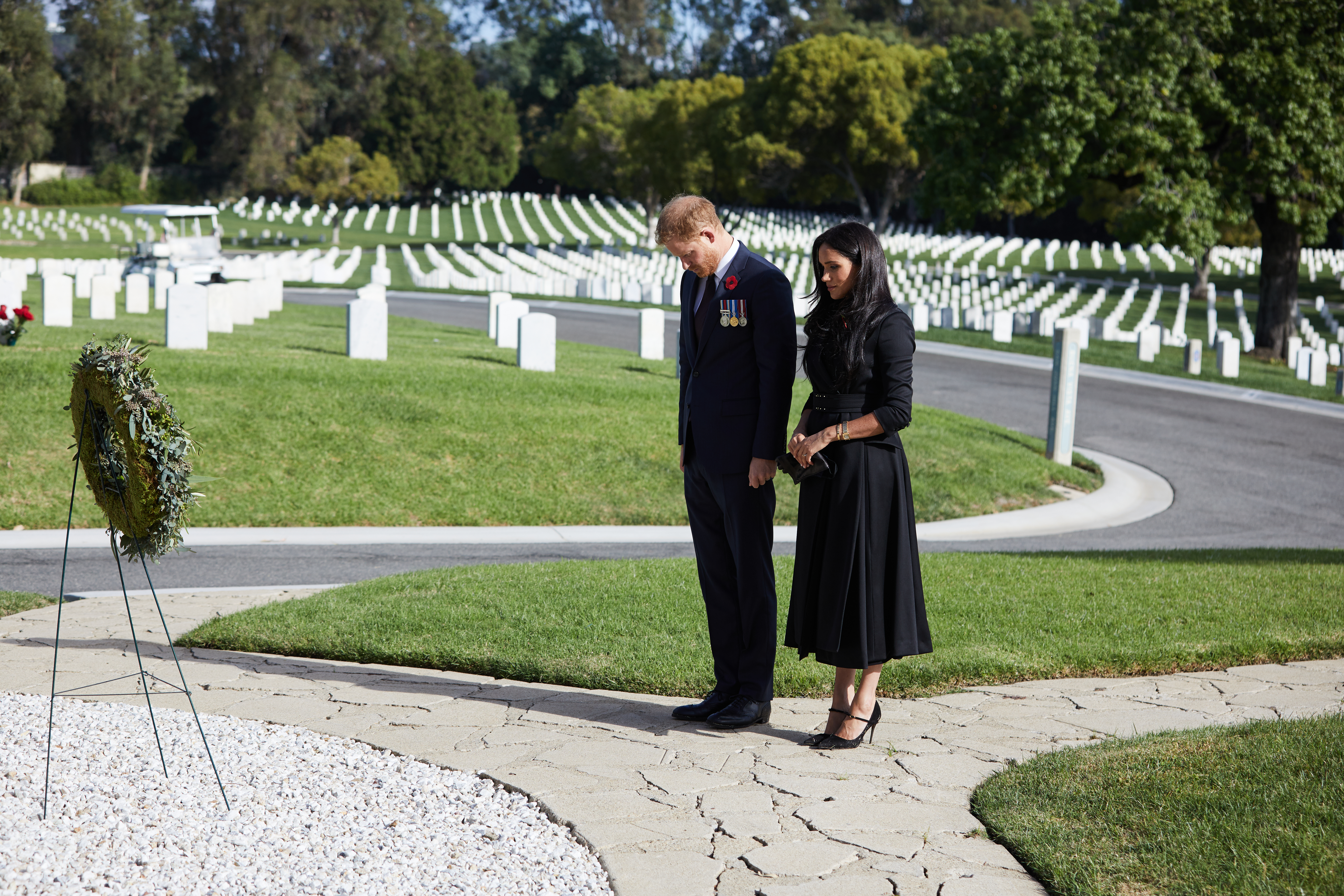 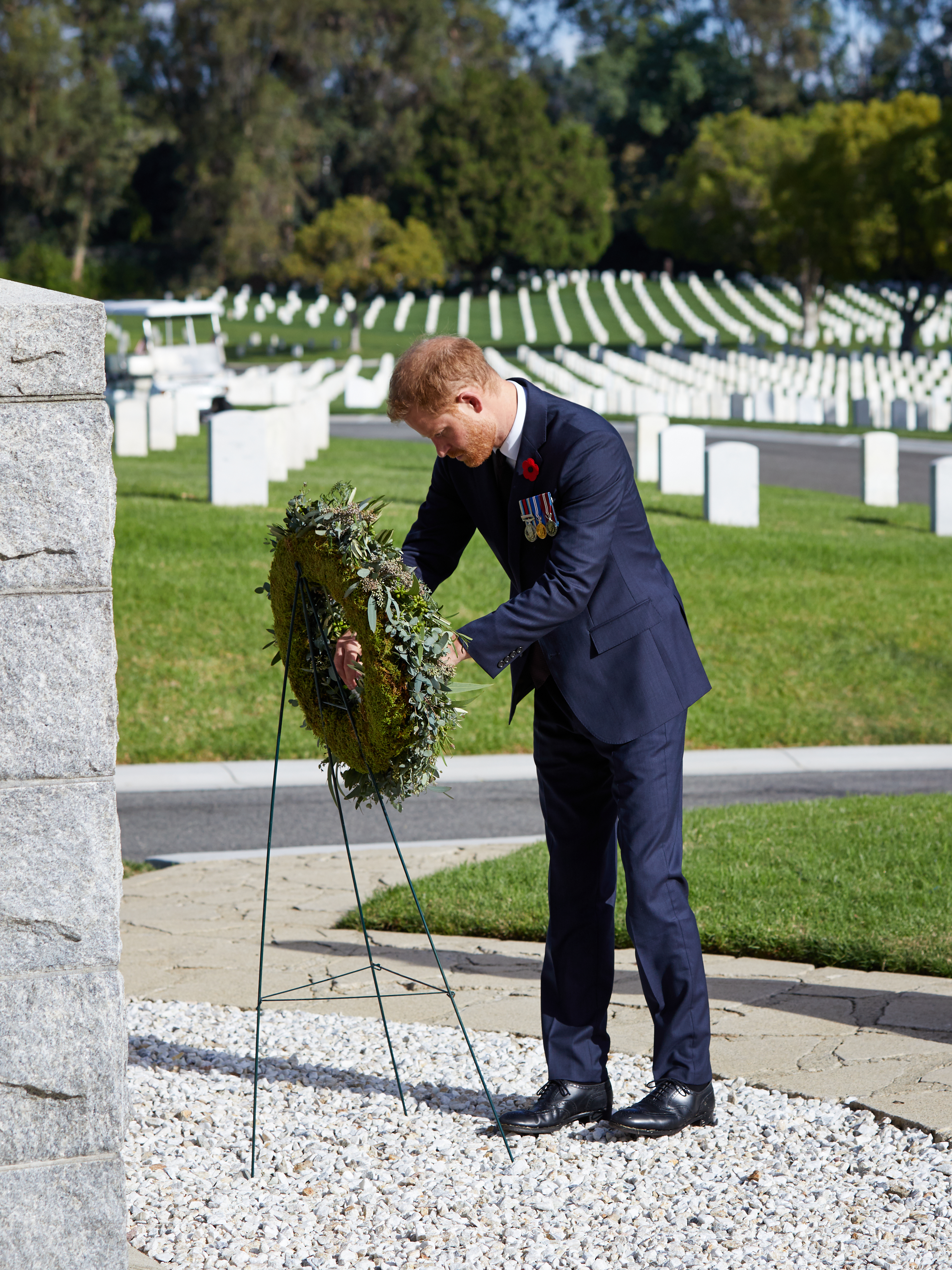 Prince William, Prince Charles, Prince Edward and Princess Anne did all lay wreaths at Whitehall on Sunday where only 26 veterans were in attendance for the scaled back event. Kate Middleton, the Duchess of Cornwall and the Queen watched from the balcony.

When Harry and Meghan left their roles as senior working royals at the start of 2020, Harry had to give up his military posts including Captain General of the Royal Marines.