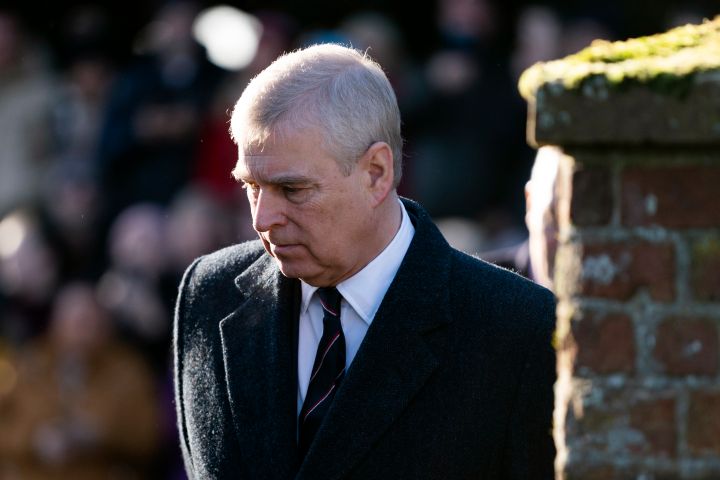 Around a year after his trainwreck of an interview with Emily Maitlis on BBC’s “Newsnight”, Prince Andrew is looking to return to public duties.

According to The Sunday Times, the Duke of York wants to “serve his country” and claims he has “the Queen and the royal family’s backing.”

Prince Andrew first stepped down from being a working royal “for the foreseeable future” in the fallout from his friendship with convicted pedophile Jeffrey Epstein. Andrew attempted to clear his name in an interview with Maitlis on his friendship with Epstein and the reports that he had sex three times with Virginia Giuffre, who was a minor at the time.

While Andrew has denied Giuffre’s claims, the interview only raised more questions.

Andrew is reportedly looking at “reframing” his role if he can “resolve legal issues with the US authorities investigating Epstein.”

“The duke is spending time working out how he can serve his country and support the monarchy in the future, and what else he might want to do with his life,” a source told the publication. “He’s locked down at Royal Lodge [his home on the Queen’s Windsor estate], thinking about his future service and public role. He has some clear thoughts.”

Adding that he is judging the “public mood” and “feels he has support from the family, very much so, including all his siblings and his parents.”

Buckingham Palace has said they have “no plans to review” Andrew’s role.

A senior aide added, “There are family discussions about it. But while the hurdles around the Epstein case are still hanging over him, it will be difficult for him to represent the family in any capacity as his presence would overshadow the work of the monarchy.”

The comments also come after documents from Ghislaine Maxwell’s case revealed that Prince Andrew asked her about Giuffre.

Should Andrew return, or the discussions even start to take place, it could be disastrous for the royal family whose reputation hangs on perception.

Even if his name is cleared regarding Giuffre, he failed to condemn his relationship with Epstein and couldn’t give a straight answer about if he regretted it. He also only chalked up Epstein’s behaviour as “unbecoming”, which should be enough to not represent the monarchy.

The choice if Prince Andrew will return working royal status will ultimately be with Queen Elizabeth, Prince Charles and Prince William. The Queen does favour Andrew but Charles and William will have to stand their ground if the royal family stands any chance at doing the right thing.

ET Canada has reached out to Buckingham Palace for comment.