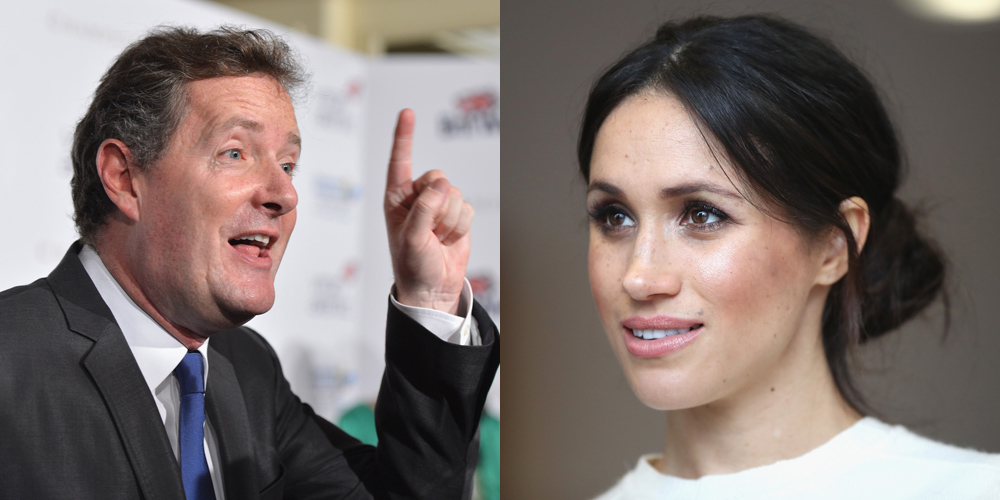 Piers Morgan isn’t backing down of his criticisms of Meghan Markle.

Early on Wednesday morning (March 10), the disgraced Good Morning Britain anchor tweeted out that he’s standing by the comments he made about the Duchess of Sussex and her tell-all interview alongside husband, Prince Harry, with Oprah Winfrey.

“On Monday, I said I didn’t believe Meghan Markle in her Oprah interview. I’ve had time to reflect on this opinion, and I still don’t. If you did, OK. Freedom of speech is a hill I’m happy to die on. Thanks for all the love, and hate. I’m off to spend more time with my opinions,” Piers penned.

The tweet was accompanied by an image of former British Prime Minister Winston Churchill, alongside his own quote: “Some people’s idea of free speech is that they are free to say what they like, but if anyone says anything back, that is an outrage.”

Just a day after Meghan and Harry‘s interview aired, Piers said some choice words about the couple, and was met with criticism from Dr. Shola Mos Shogbamimu.

The next day, GMB co-host Alex Beresford also clapped back at Piers for his comments, and he then stormed off the set.

ITV then released a statement about what’s to come for Piers, which includes an investigation to start.

Meghan and Harry‘s interview with Oprah Winfrey will be re-airing on Friday on CBS.