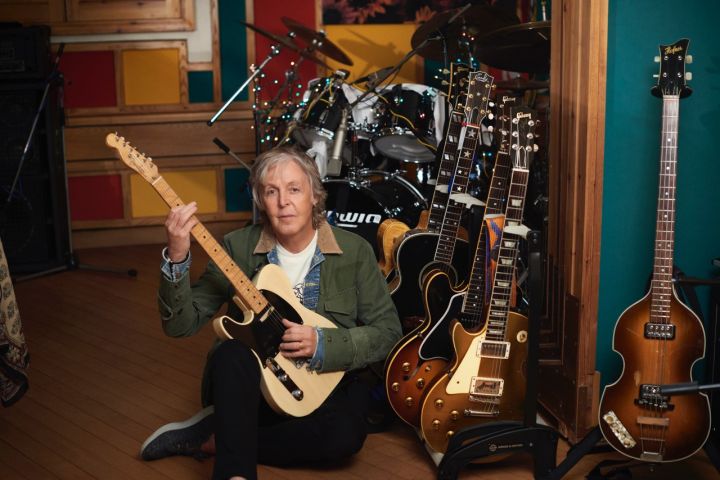 Sir Paul McCartney is relieved he got the chance to patch up his relationship with John Lennon before the latter’s untimely passing.

McCartney spoke at length to Zane Lowe of Apple Music’s “Beats 1” about The Beatles’ breakup, his friendship with Lennon and the legendary musician’s death.

“It was a difficult period. Here was this band that I’ve been in a lot of my life, and these guys who were my best buddies ever, and suddenly we’d split off and we weren’t working together,” McCartney said, reflecting on the band’s split. “And so we’re each in our separate homes, and I was in mine, as I say, having just met Linda and there was a romantic element to it.”

“There was a new discovery of thinking about a family. So all of that was very nice,” he continued. “You climb the ladder of success till you become this phenomenal success, hugest thing ever, in the Beatles and that’s your whole identity. And then suddenly someone switches the light off and it’s like, ‘Whoa, okay.’”

McCartney, 78, was relieved he managed to mend his friendship with Lennon before his death. McCartney noted the rivalry still existed despite their repaired relationship.

“With John the great thing was, we had begun to get our relationship back together,” he said. “That was a huge blessing for me because when he was tragically murdered, I think if we’d have still been fighting, I’m not sure how I would have dealt with that. But it was great that we’d been speaking to each other and he’d just had Sean [Lennon], and not so long ago when he was raising the baby.”

RELATED: Paul McCartney Talks The Pandemic, ‘The Vaccine Will Get Us Out Of This’

McCartney also touched on his 18th solo album, McCartney III. The project dropped on Dec. 18 and was recorded during the ongoing COVID-19 pandemic.

“There was a big connection with trying to keep equilibrium. Because you know, the whole world was going mad,” he said. “Suddenly there was a thing that we’d never heard before. I mean there was AIDS and there was SARS, and there was avian flu, but all these things seem to happen to other people and then suddenly it was happening to everyone and everyone I knew, and everyone in the world.”

“So it was quite a shock. It was really good to be able to play music, and make up music, and put your thoughts and your fears, and your hopes and your love into the music,” McCartney concluded. “So it kind of saved me, I must say, for about three or four months it took to make it.”