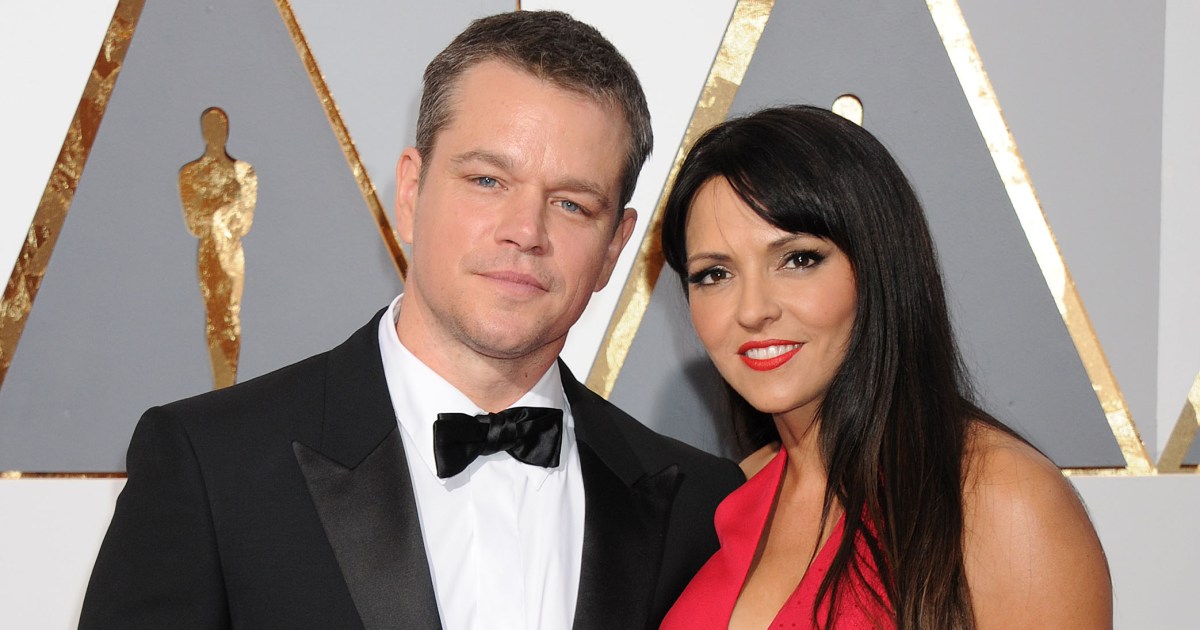 Finding true love seems impossible in Hollywood, but not for Matt Damon and Luciana Barroso. The longtime lovebirds have been married since 2005 and together, they created one beautiful family.

The Good Will Hunting actor is very private when it comes to his life with Luciana, but he once revealed the story of how they met. While stopping by The Ellen DeGeneres Show in 2011, Matt said he happened to cross paths with Lucy while at a bar in Miami amid filming Stuck on You in 2003.

“We were supposed to shoot in Hawaii, and then the movie got moved to Miami … I had never really hung out in Miami,” he explained at the time. The handsome hunk marveled their chance encounter was incredibly unlikely considering he insisted he didn’t even want to go out that night. Luckily, a crew member dragged him to the bar.

“I literally saw her across a crowded room, literally,” he continued, noting his wife was working as a bartender at the time. “Eight years and four kids later, that’s my life. I don’t know how else our paths would’ve crossed if that didn’t happen.”

Prior to meeting the Jason Bourne alum, Luciana lived in Argentina. The brunette beauty was raised primarily by her Italian grandparents after her mom and dad divorced, according to The Net Line. While there’s little known about Lucy’s life before meeting Matt or when she moved to Miami, we do know she was previously married to ex-husband Arbello Barroso.

Star reported Lucy’s divorce from Arbello was finalized in December 2004. Before going their separate ways, however, the TV personality welcomed their daughter, Alexia, in 1999.

Following her split from Arbello, Luciana and Matt tied the knot in 2005. After Matt adopted Alexia, the couple expanded their brood when daughter Isabella arrived in 2006, followed by Gia in 2008, and Stella in 2010.

Matt may have become one of Hollywood’s most iconic artists throughout the last few decades, but he and Luciana have never allowed the glitz and glamour to get between their family. In fact, the Academy Award winner believes it’s a blessing that he “fell in love with a civilian.”

“I got lucky. Not an actress and not a famous actress at that. Because then the attention doesn’t double — it grows exponentially,” he previously told Esquire. “But I don’t really give them anything … they can try to stake me out, but they’re always going to get the same story — middle-aged married guy with four kids.”