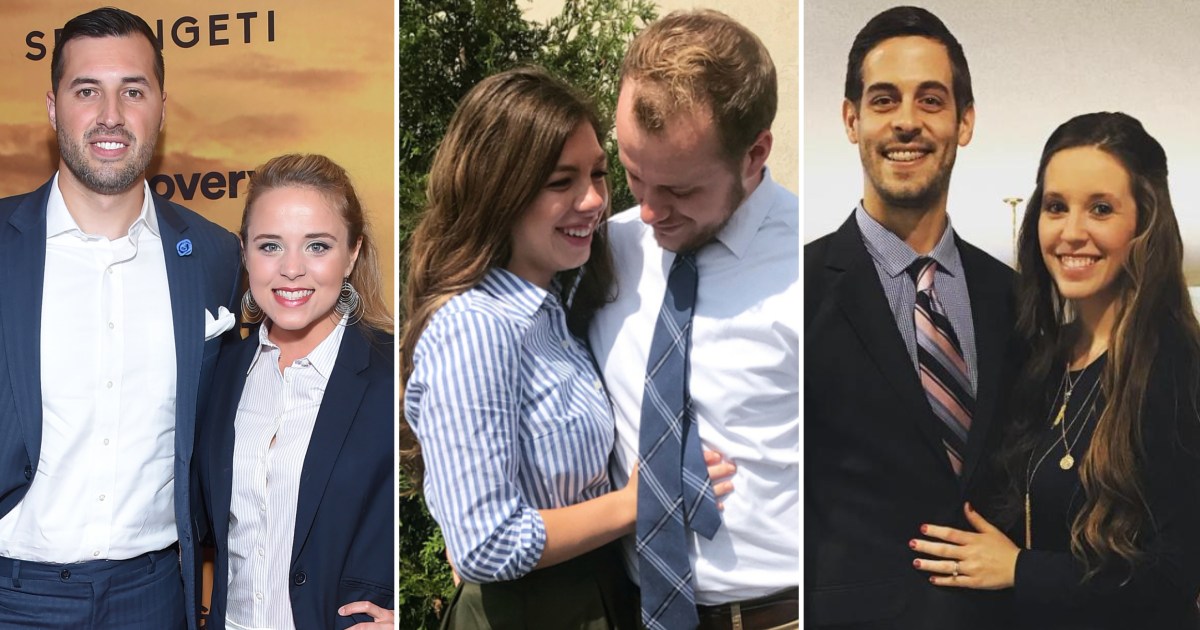 Get it, girls! Lauren Swanson always catches fans’ eyes when she steps out in heels and a cute little dress. But Josiah Duggar‘s wife isn’t the only Duggar family member to rock heels or some fashionable (yet modest) style.

Though they love to keep it casual most of the time, every now and then they’ll step up their look with some fancy footwear. Yes, even Jessa Duggar rocked some high heels for one of her first photoshoots as a mom. (And, BTW, we need to see her bring this pink flowery wedges back into circulation — they’re just too summery and fun).

Back in 2013, Michelle Duggar — who shares 19 kids with husband Jim Bob Duggar — explained the reasoning behind the famous family’s modest dress code.

“After I was born again and became a Christian, I really began to cover up,” she said during a TLC Q&A at the time. “I felt like the Lord was saying to me, ‘You know what, you probably shouldn’t be wearing that. It’s a little bit low cut, or a little bit too high, you know?’ I just really felt like I needed to obey what God was saying to me first and understand later. And then I saw in the scriptures a lot of things that helped me understand why I was feeling uncomfortable with my previous clothing choices.”

She added that her kids’ followed her lead, opting for thrift store finds over mainstream stores. “As we studied as a family, we found we could come up with our idea of what we thought modesty was, but we really wanted to see what the scriptures said about it,” she told fans. “Our interpretation was that from the neck down to the knee should be covered. By keeping those private areas covered, there’s not any ‘defrauding’ going on.”

As the ladies get older, they’ve seemingly found their own unique sense of style — wearing all sorts of Duggar no-nos including leather pants, shorts, nose rings, tattoos and bathing suits.

Check out the gallery below to see photos of the Duggar women wearing stylish high heels.