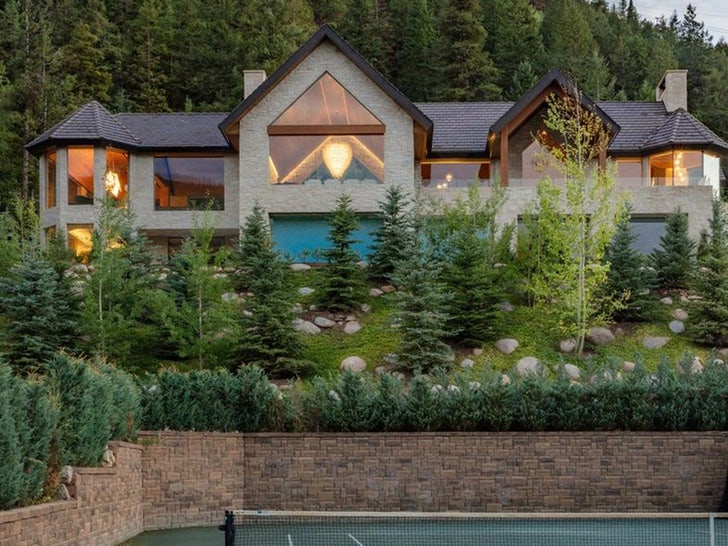 The Jenner girls have hit the slopes to ring in the new year — and they’re shacking up in the Colorado Rockies inside what might as well be a castle … which costs an absolute fortune.

Kylie, Kendall, Kris, Corey and some other pals — plus young Stormi Webster — are all on a winter retreat right now in Aspen … where they’re doing some snowboarding and taking in the fresh mountain air, while also kicking their feet up in a fortress of a rental home.

The 20,000-plus square foot, 4-story mansion comes equipped with 7 bedrooms, 9 baths, a massive deck, a patio, a fireplace, an in-home theater, a pool and spa, a bowling alley and a 4-car garage. It’s also brand spanking new … the place was just built in 2020.

If you’re wondering what it might be costing the Jenners to stay here … try something like tens of thousands. According to Realtor.com, the house goes for $450k/month for renters, and the crew’s been there at least 3 days now. BTW, it’s also for sale for a whopping $75 mil. 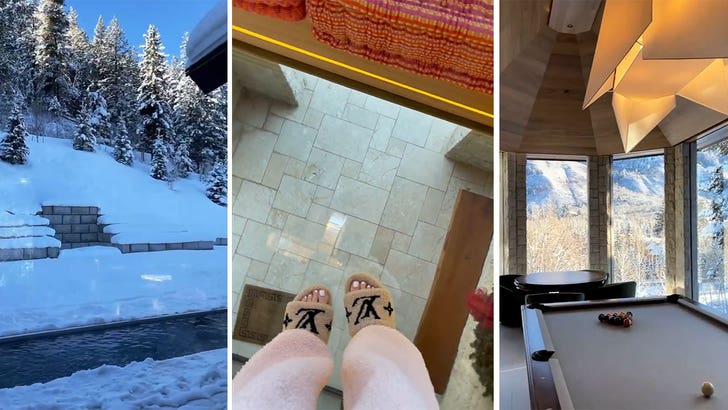 Kylie and Kendall have been posting shots from inside their sweet digs, and it’s about as nice as its price tag indicates. Looks like the house is pretty secluded too … exterior footage shows that it’s on a mountain edge, and even a stone’s throw from a resort there too.

Of course, the whole area is buried in snow at the moment, which the Jenners and co. are taking full advantage of (for recreation and fashion). That includes little Stormi, who’s proving to be quite the snowboarder herself. Kylie posted a video of her kid going down what appears to be the bunny hill … and, lo and behold, she’s holding her own pretty well!!!

No sign of the Kardashian sisters for this voyage either, FWIW — sometimes the flock’s gotta split up for the holidays, it seems.