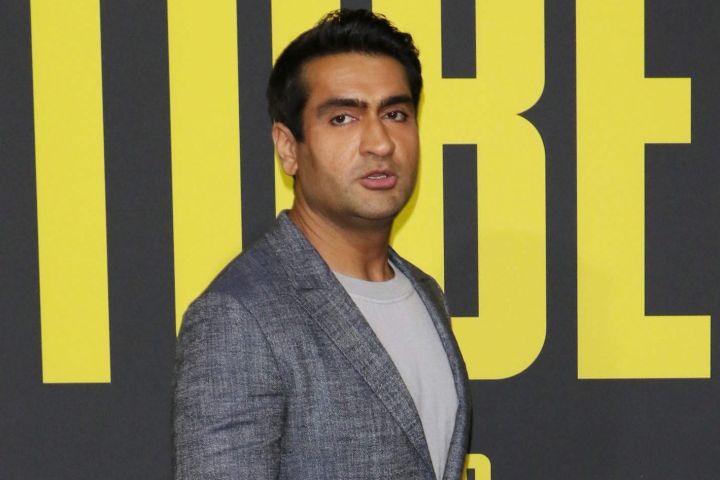 Some holiday photos that Kumail Nanjiani shared on social media wound up getting hit with backlash due to the “Silicon Valley” star’s ripped physique.

Nanjiani’s musculature is hardly new; in fact, it’s been more than a year since he first shared shirtless photos to demonstrate the intense training he’s been doing for his role in Marvel’s “The Eternals”.

However, it was some photos of himself and wife Emily V. Gordon enjoying a quite Christmas in pandemic isolation that wound up resulting in criticism.

A series of tweets from one Twitter user wrote that Nanjiani’s fitness made her “very sad,” complaining about “a system where people attempt to conform to impossible beauty standards to a point where it starts to render them unrecognizable…”

We make it so that performance enhancing drugs or plastic surgery are all but mandatory for certain professions or beauty standards, but admitting to them is taboo. Too little of these things and you’re ugly, just a hair too much of them and you’re grotesque. It’s a nightmare

While her tweet was making a larger point, others took it as an opportunity to criticize Nanjiani for being too ripped, in addition to baseless claims that he’s been using steroids to achieve his Marvel physique. As a result, Nanjiani was body-shamed by those who feel he’s too fit.

Image 2: Pierce Brosnan with a sorta-shitty body portraying a man who has allegedly just spent 14 months in a North Korean prison camp in Die Another Day (2002). What a man should look like. pic.twitter.com/BaWkcVwk4b

However, others were quick to point out the strange double standard, in which other jacked actors within the Marvel Cinematic Universe were not hit with similar criticism.

…and then along comes a stranger who has no connection to him, his family, his doctor or his life in any way. For some reason, this stranger thinks it’s okay to publicly comment on his body & his mental state, covertly accusing him of steroids & plastic surgery. 2/

…forget that it wasn’t that long ago that people were making derogatory comments on this same platform about Chadwick Boseman’s weight loss before anyone knew that he was quietly suffering so greatly.

Someone else’s body is not a commodity for you get “likes.” Get a life. X

He’s been getting into shape for the last two years. He showed up ripped at D23 LAST YEAR. Chris Pratt had a bigger body transformation and I didn’t hear you all shaming him back when. All of the MCU actors go through training for their roles. Kumail looks healthy and happy.

Why is it your business? He’s doing it for a role in Marvel movies. And even if he got in shape for himself, to be healthier and let’s just say he wanted to look better, why is that your concern?

Body shaming Kumail Nanjiani for…being jacked? Is way weird. Especially since all the Chris’ have done the same super-soldier program and never got any flack for it. I wonder what the difference is? pic.twitter.com/NIeUf3DwAb

Chris Pratt can bulk up for a marvel movie and everyone is cool with is.

Kumail Nanjiani does it and people call him “grotesque” and assume he’s using steroids.

I hate it here. pic.twitter.com/9LSfvreUtc

Chris Hemsworth gets jacked for Thor: “????”