Kim Kardashian has shared her first Instagram photo since reports surfaced that she is set to divorce husband Kanye West.

On Monday, the reality-star-turned-makeup-mogul posted a photo to promote her upcoming Skims hosiery collection, but it wasn’t her new line that drew the attention.

Instead, all eyes were on the bare ring finger on her left hand, which the 40-year-old gently placed on her face for all to see as she lounged on her closet floor.

Hours later, Kardashian returned to Instagram to pay tribute to her life-long best friend, Allison Statter, on her milestone birthday. The mum-of-four shared a series of photos of the pair, one of which again showed her sans wedding ring.

“Happy Birthday to my bestie of 40 years @allisonstatter,” Kardashian greeted. “I don’t know what I would do in this world without you! You inspire me every single day! I love you soooo much!!!!”

This isn’t the first time Kardashian has been spotted on the social media platform without her wedding ring. Last week, hours before news broke of an imminent divorce from the rapper, she shared a photo of herself without her ring, this time to promote her Skims Body Basics line.

Kardashian’s latest move comes after a source told ET that she’s focusing on new opportunities this year will bring.

“Kim is focusing on the new year and a lot of amazing things that are coming her way,” the source said.

“Kim has tried everything she can to make things work with Kanye but it’s not working. Kim has held on to the relationship in hopes of a change and for the sake of the kids, but all signs are pointing to divorce.”

The couple married in a lavish ceremony in Italy in 2014, one year after daughter North was born. In the time since, they welcomed three more children Saint, five, Chicago, two, and Psalm, 20 months. 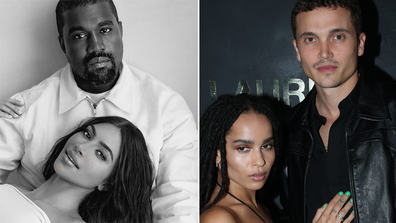