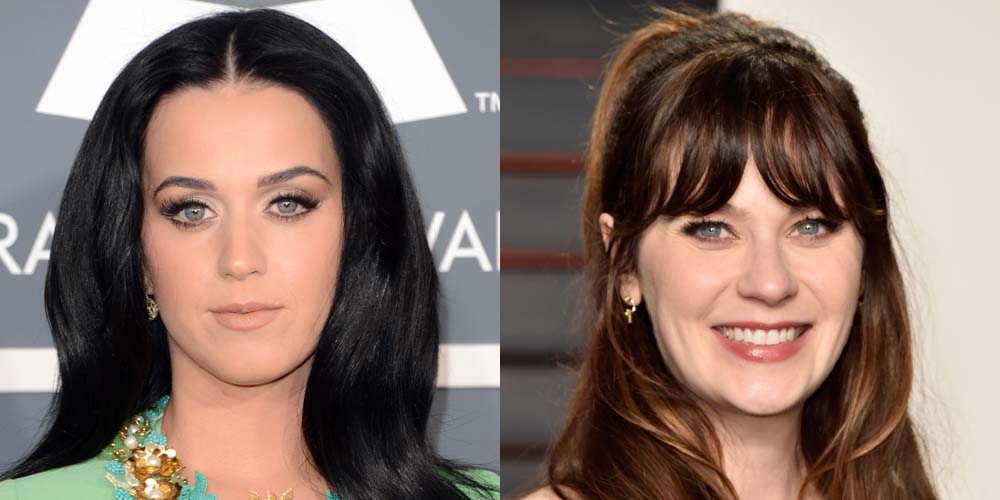 If you missed it, Zooey Deschanel starred in lookalike Katy Perry‘s music video for “Not the End of the World” and they got together to chat about it on an Instagram Live.

Well, Katy made a big confession during the chat!

“I have to admit something, Zooey,” Katy said during an Instagram Live on Monday (December 21). “When I came to L.A., I was pretty much a nobody, and you were just getting so huge at that time — it was like Zooey Deschanel ran the world…In that moment, I was so complimented to look like you.”

“People would be like, ‘I saw you!’ ” Zooey said. “But I’m such a Goody Two-shoes and people kept going, ‘I saw you out! I made eye contact with you!’ And I was like, ‘No!’ And then everybody kept telling me about this girl Katy, Katy, who looks just like you,’ and I’m like, ‘Who is this Katy?’ ”

“I was turned up to 11 at the club,” Katy said. “I’m sorry if I misrepresented you; I wanted to say that now.”

For years and years, fans have been comparing how similar Katy and Zooey look. Zooey actually commented on it all the way back in 2012.