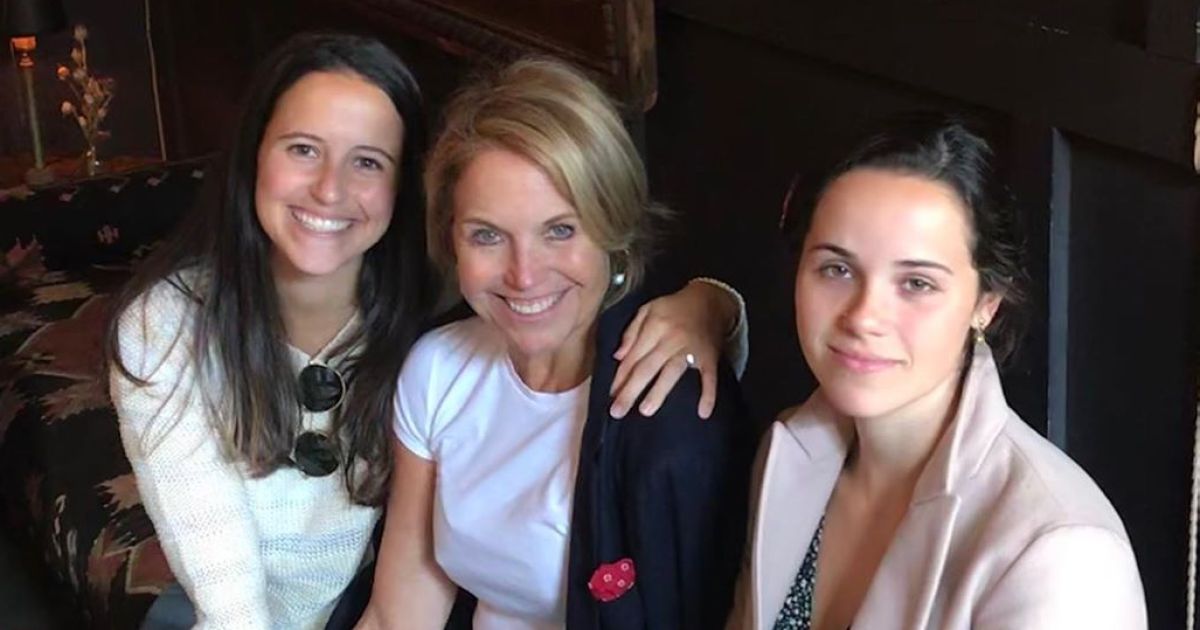 Katie Couric has taken on plenty of different roles throughout her career in TV, but nothing comes close to being the mother of her two kids. Over the years she’s starred on NBC’s Today and Yahoo Global News, it’s become clear that Katie strives to be the best parent possible to her daughters, Elinor Monahan and Caroline Monahan.

Katie welcomed her first child, who goes by the nickname “Ellie” alongside her late husband, John Monahan, in July 1991. The couple — who tied the knot in 1989 and were together until Jay’s death in 1998 — expanded their family when Caroline, or “Carrie” for short, arrived in January 1996.

Throughout her first few years of motherhood, Katie juggled her hectic career as a TV journalist and broadcast news anchor while taking care of her family. Tragically, Jay died in January 1998 following a battle with colon cancer.

After John’s death, Katie raised Ellie and Carrie as a single mother. While stopping by WNYC’s “Death, Sex & Money” podcast in 2017, the former Today star opened up about the “excruciating” pain she felt watching her husband battle the deadly disease for a little over nine months.

“The grief started there,” Katie candidly shared, noting her life went from “complete contentment to complete chaos” at the time of Jay’s cancer diagnosis in 1997. While the TV personality said she “fell apart all the time” behind her husband’s back, she “didn’t want to ruin the time he had left with just hopelessness” by talking about his death.

“I think I overprotected him,” she explained. “I wish that I had the courage to really talk to my husband about the fact that he was probably going to die. It was too terrifying. I think that prevented me … from ever really saying goodbye.”

Following Jay’s death, Katie focused on her career as a TV host, working on Today alongside Bryant Gumbel, former host Matt Lauer and more. The Sugar Savvy Solution author — who married her second husband, John Molner, in 2014 — pointed out how grateful she felt to have a steady income while raising her two girls.

“I, first of all, was really, really happy that I had that job because I think it’s very important for women to be financially independent,” she explained. “I’ve thought that if I had stopped when I was pregnant with Ellie and decided I was going to be a stay at home mom — which I have a lot of respect for stay at home moms — but I don’t think it’s necessarily a great insurance policy for unforeseen events.”

Scroll through the gallery below to learn more about Katie’s daughters, Ellie and Carrie.