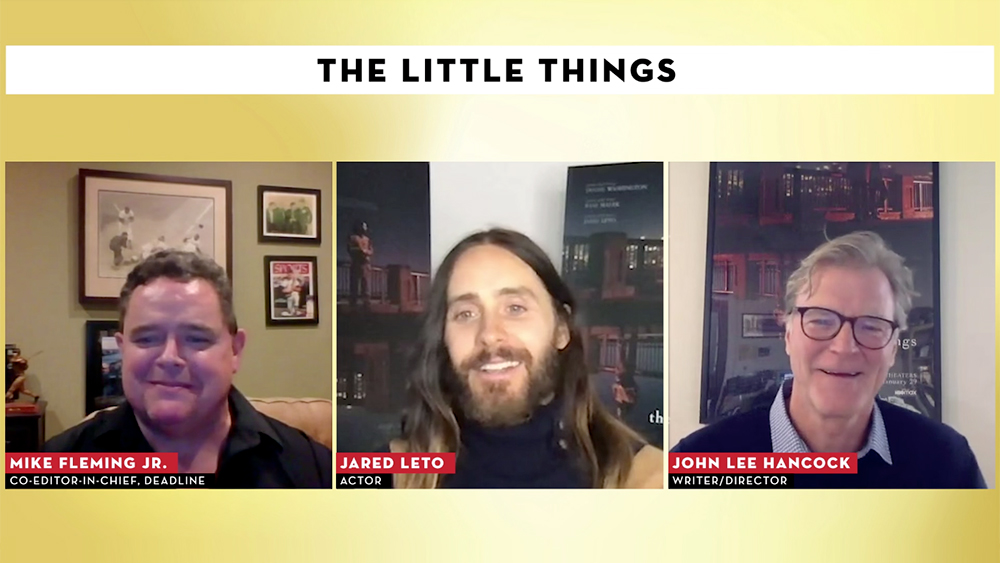 John Lee Hancock’s hunt for a serial killer script The Little Things drew a killer cast of Oscar winners Denzel Washington, Rami Malek and Jared Leto. In Deadline’s Contenders Film panel for the Warner Bros drama that premieres January 29, Hancock explains why it took nearly 30 years to make a movie he wrote when he had just completed the Clint Eastwood-directed Kevin Costner-starrer A Perfect World — ostensibly for Eastwood to direct it.

Joined by Leto, who is creepily superb in his portrayal as the prime suspect in a killing spree that claimed the lives of several young women, Hancock explains why, when Warner Bros finally greenlit the film, he decided to keep it in its 1990 setting — before the advent of sleuthing aids like computerized fingerprint databases, DNA and even cell phones.

Leto describes what it felt like to inhabit the role of Albert Sparma, a drifter who says he is a crime buff but it seems the things he relishes most is toying with two detectives who bear heavily the burden of the victims of the murder spree they are trying to solve.