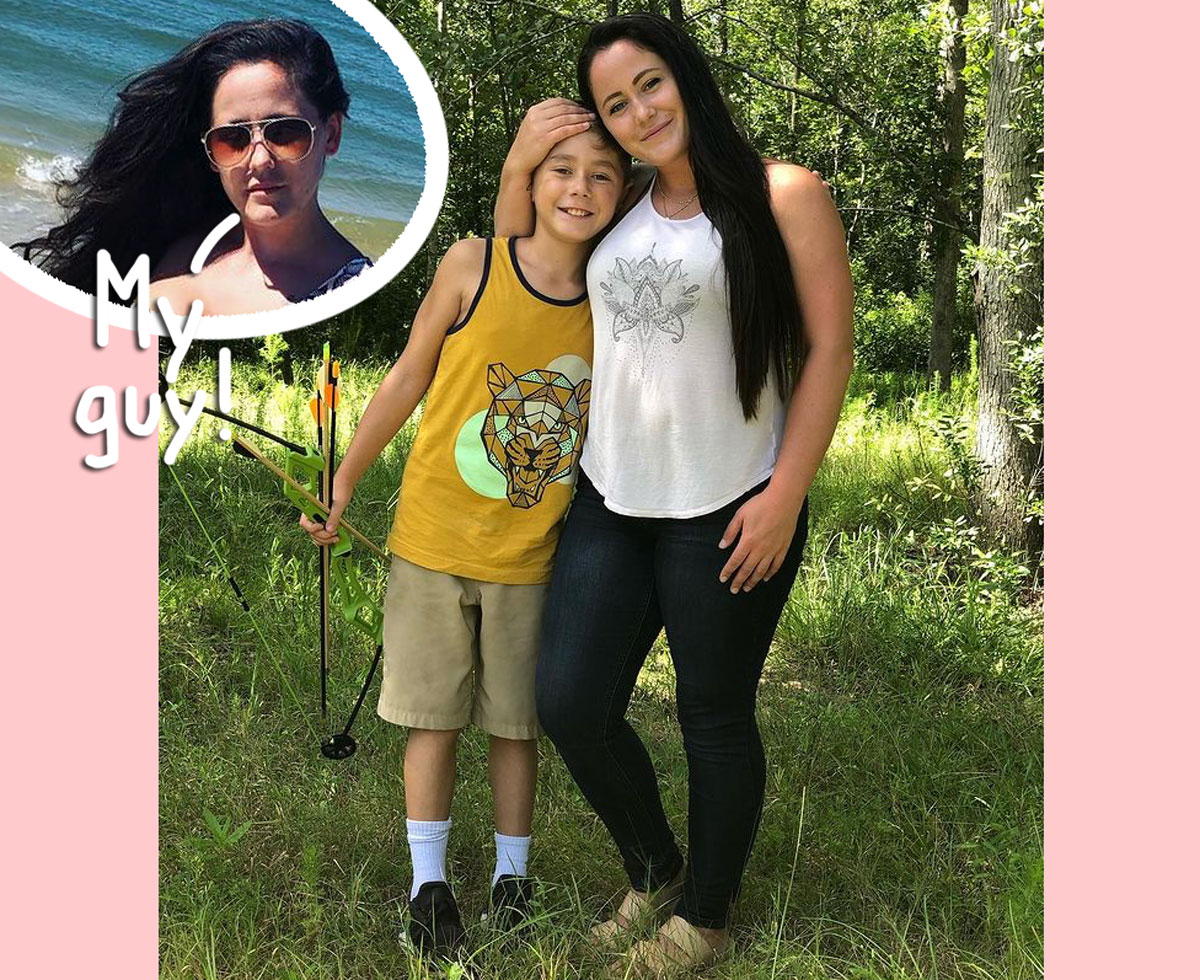 UPDATE, 2:45 p.m. PT: So as it turns out, Jenelle apparently does NOT have full custody of Jace… yet?

Barbara spoke to TMZ in the hours after Jenelle first went live with her claim about Jace, and it turns out Jenelle still only has visitation rights at this point. Still, the younger Evans is seeing the boy quite a bit — Barbara admitted that he’s been going to Jenelle’s house for 3-4 days at a time during the pandemic, if only to enjoy a quick change of scenery.

So while it’s not full custody for Jenelle, maybe just having Jace around quite a bit more during the week to do his schoolwork, hang out with his siblings, and grow up feels like a more full-time thing? Regardless, Jenelle even told Barbara she “misspoke” in those TikTok videos, according to the family matriarch, so it sounds like David’s wife still knows what’s up at least in terms of the family’s legal situation.

Things are looking up for Teen Mom 2 alum Jenelle Evans… at least, that’s what it seems like based on her own parenting claims being made this weekend!

The 29-year-old former Teen Mom 2 reality TV star took to TikTok on Saturday, January 16, to claim multiple times that she has now evidently “regained custody” of her eldest son, Jace, from her mother, Barbara Evans. As fans of the show and Evans’ story will no doubt recall, Barbara had long been taking care of the now-11-year-old boy, who Jenelle shares with ex Andrew Lewis.

Related: Jenelle Denies Bizarre Rumors That She Stole A Pregnant Pit Bull In Her Neighborhood!

In one video, which she also posted to her Instagram Stories, the eastern North Carolina native shared big news about the whole situation regarding her previous dramas on the MTV hit reality show.

She said at one point (below):

“This is a little PDA announcement. You are probably watching Teen Mom on Netflix right now as we speak and if you are, good. That was the old me. That was the young me, the stupid me, the me that took risks. Now let’s not sit here 10 years later and come to my page and hate on me for my mistakes that I learned from. Let’s not get caught up on the $200 you let me use to bail me out of jail. Let’s not get caught up on the dumba** men that I dated. I have custody of Jace. He lives with me now full-time. My kids are happy, they’re healthy. That’s all that f**king matters. But I totally get it, I would hate me too if I was watching me. But if you catch up with me now, I’m doing a lot better, you guys. Peace, love, happiness, b**ches.”

That’s surprisingly mature for the reality TV alum and longtime veteran of some of the most controversial fare ever to air on MTV, isn’t it?!

Good perspective to have!

But more to the point: that’s HUGE news about Jace! Of course, Jenelle had previously been in and out of jail and busy battling a heroin addiction in her younger years, so Barbara has had to take care of Jace for most of his life to this point.

Now, though, it appears as though Jenelle is back to a good enough place to be able to care for him, her 6-year-old son Kaiser (with home she shares with ex-fiancé Nathan Griffith), and current husband David Eason‘s 13-year-old daughter Maryssa from a previous relationship, all along with Jenelle and David’s 3-year-old daughter Ensley. Quite the blended family, isn’t it?!

Seriously, though, it’s really nice to see something go right for Jenelle after so much family drama for years and years while on the hit MTV show and immediately afterwards.

What do U think about this apparent development in child custody, Perezcious readers? Sound OFF about everything with your thoughts in the comments (below)…