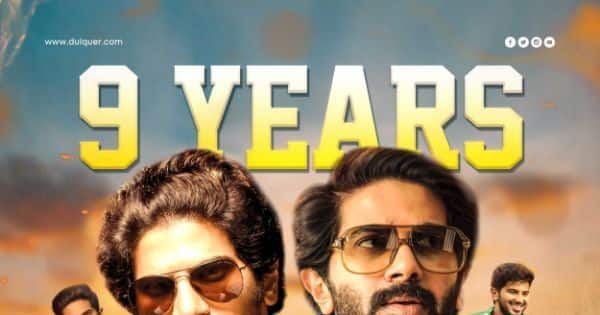 Dulquer Salmaan who is rightly called the heartthrob of Malayalam cinema has managed to make a place in the hearts of pan-India audience as well. People who have seen him in films like Karwaan (2018) and The Zoya Factor (2019) swear by his effortless charm and acting skills. Dulquer Salmaan who is the son of Mammootty made his debut with the film, Second Show. He shared an emotional post thanking everyone who made the journey a memorable one. Also Read – #BLBestof2020: Suriya BEATS Allu Arjun to become the Best South Actor for Soorarai Pottru against Ala Vaikunthapurramuloo

Dulquer Salmaan wrote, “This day 9 years ago our film Second Show released in cinemas. It marked the debut of a whole lot of new comers including yours truly. Today I embark on a new film. The jitters and fears are still present but time has helped turn that into something positive. This annual reminder from all of you helps keep the memories of how I began fresh and that in turn always makes me realise how I began and where I came from. For that and for your constant support and love, a huge thank you from the bottom of my heart. To all of my colleagues and to the various industries it’s a privilege to work along side all of you in this magical wonderland. Praying for this year to mark some fantastic movies and good health and cheer to all of you. Thank you again!” Also Read – What to Watch this Week: Kaagaz, Maara, 12 “o” Clock, Lupin, The Secret Garden – 5 titles to satiate your binge-watching urge

To mark this occasion, he has also announced a film as a producer. The film stars Manoj K Jayan and Diana Penty. He has his production firm, Wayfarer Films. The film will be helmed by Roshan Andrews. Also Read – Maara movie review: R Madhavan and Shraddha Srinath sparkle in this film for hopeless romantics

Dulquer Salmaan has had a very illustrious career so far. He got nominated for his first Filmfare for Best Actor for Ustad Hotel (2012). He has won the Kerala State Award for Charlie. The handsome got to be a part of Charlie’s Tamil remake, Maara where he recited a poetry.