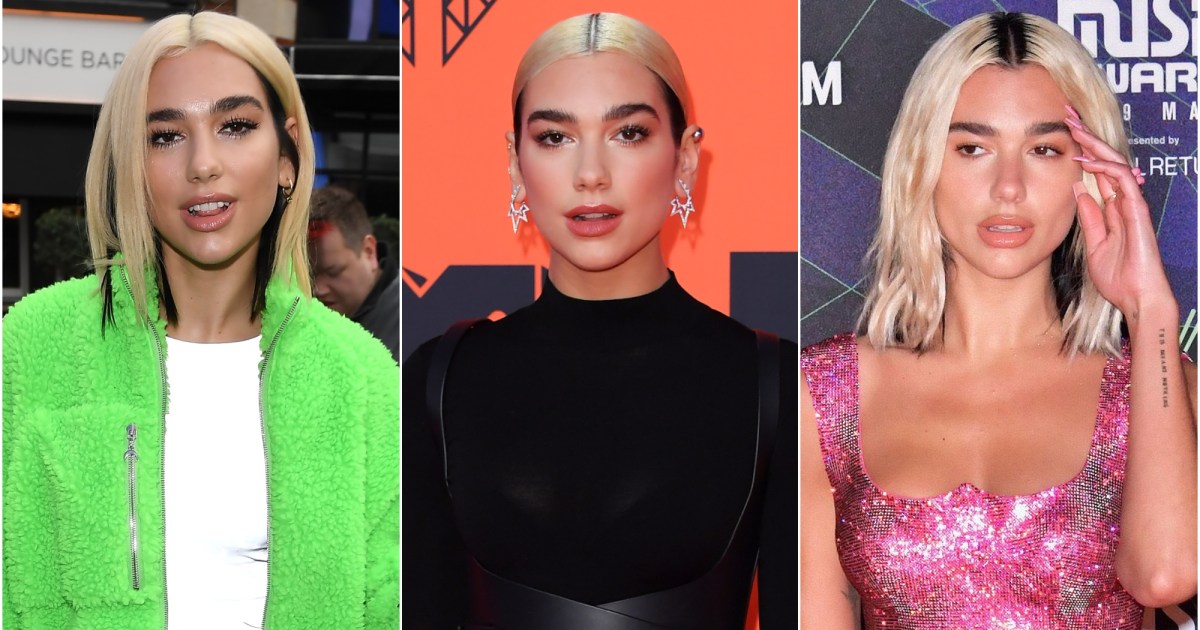 Always slayin’! Dua Lipa may be relatively new to the spotlight, but based on how versatile her style is, it sure seems like she’s a pro. The “Don’t Stop Now” singer is known for her edgy, chic street style. However, she never disappoints during red carpet events and knows how to keep it classy while still expressing herself.

The London-born Kosovan singer signed a record contract in 2015 after trying her hand at getting famous via YouTube. The brunette beauty had had success with modeling prior to her move into music, but she had been posting covers on the video streaming platform for years when she signed her deal with Warner Music Group.

In 2017, Dua released her self-titled debut album, and the lead single “New Rules” quickly climbed to the No. 1 spot in the United Kingdom. The pop bop is still her best-selling track to date.

Possibly the starlet’s most popular hit track, “One Kiss” with producer Calvin Harris, debuted in 2018 and catapulted her worldwide success. The song topped the charts for an incredible eight weeks before relinquishing its position.

In October 2019, Dua released her smash hit “Don’t Stop Now” on the heels of her split from longtime love Isaac Carew after nearly five years of on-and-off dating. The dance track peaked at No. 2 in both the United States and the United Kingdom — and got fans absolutely craving her second album.

Five months later, the English soloist released her second record, Future Nostalgia, to instant acclaim. The album debuted at No. 1 in the United Kingdom and garnered Dua a whopping five Grammy Award nominations. The Pepe Jeans designer is up for Album of the Year, Best Pop Vocal Album, Record of the Year, Song of the Year and Best Pop Solo Performance.

Scroll through the gallery below to see all of Dua’s best street style and red carpet looks to date!