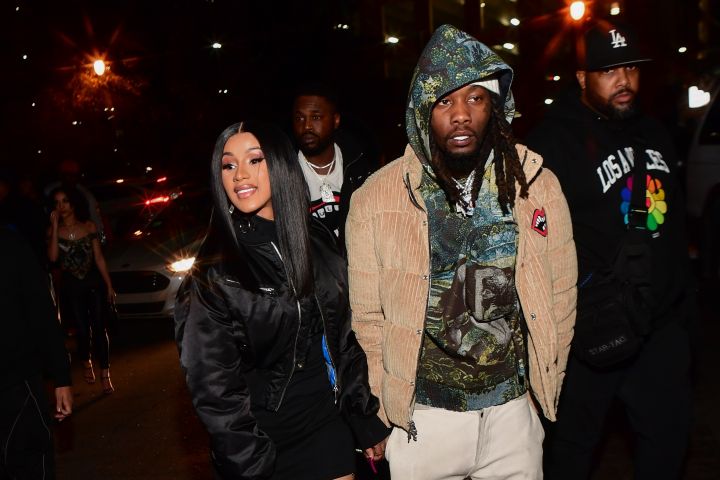 Offset was questioned by police while on Instagram Live on Saturday.

The Migos rapper was filming while driving through a Trump rally and caught the interaction with cops.

Offset first refused to exit his vehicle “because you got guns out.”

“We got reports you were waving a gun in the window,” one of the police officers responded.

“You just watched somebody beat my car up with a flag. What are you talking about?” the rapper replied. “You told me to put my hands up, I’m not doing that. There’s 25,000 people on my live. You’re going to get sued publicly.”

The male officer tried to open Offset’s car door while he kept telling them “that’s not legal.”

“Why you grabbing my wrists so f**king hard,” he added as they removed him from his vehicle.

The stream ended there.

Offset’s wife, Cardi B, was also spotted on the scene in a separate car.

#CardiB rolled up to make sure her nigga @OffsetYRN was straight while #richthekid ran from the police @nojumper @adam22 pic.twitter.com/ud9DExNcq5

RELATED: Cardi B Slams Claims That She’s In ‘Mentally Abusive Relationship’ With Offset: ‘I Need To Have Sex’

Later Offset could be seen walking up to Cardi’s vehicle after speaking with police.

A statement from the Beverly Hills Police Department clarified that Cardi’s cousin Marcelo Almanzar, who was the passenger in Offset’s car, was arrested for carrying a concealed weapon and carrying a loaded firearm in public with bail set at $35,000.

The person who reported that Alamanzar had a gun “did not desire to press charges for the pointing of the weapon.”