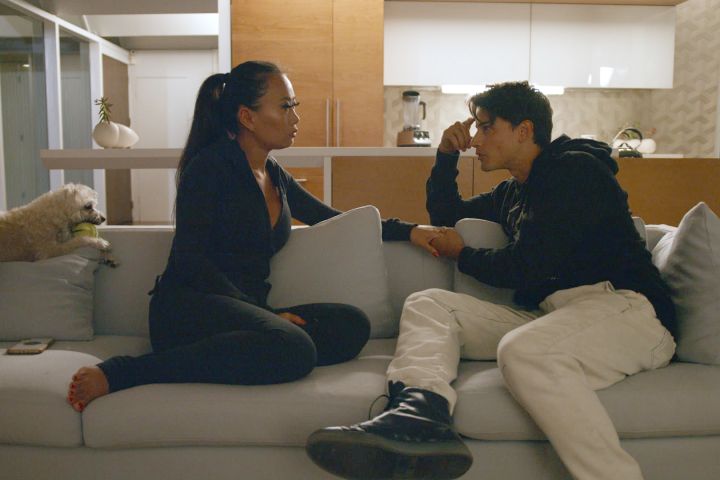 It’s over for Kelly Mi Li and Andrew Gray!

The “Bling Empire” stars announced on Tuesday that they have split after five years together. The couple, known for their tumultuous relationship on the Netflix reality show, posted a selfie of themselves explaining their relationship.

“Over the past 5 and half years, Andrew and I have shared some incredible times together. I have a tremendous amount of respect and love for him and will always cherish the memories we made,” Kelly wrote on her Instagram. “However, we have made the difficult decision to officially separate at this point in our lives. We are both so grateful to have experienced a relationship that allowed us to grow and learn so much.”

She added that “moving forward, Andrew and I plan to continue working on becoming the best versions of ourselves individually. We want to express our appreciation for your continued support and thank you for allowing us to share our journey. We kindly ask for you to respect our privacy during this time of transition.” Andrew posted the same photo with the similar statement.

Season 1 of “Bling Empire” ends with Kelly leaving a party and arriving at then ex-boyfriend Andrew’s house in full glam. At the beginning of the year, January 2021, the couple was officially back together — and had been since before pandemic-related lockdown orders went into effect in Los Angeles back in March 2020 (the show was filmed in 2019, and Kelly told ET in January that they took about five months off from their relationship before getting back together).

“We’re working things out,” Kelly told ET while promoting the series. “We’re probably in a better place than we’ve ever been in our relationship. Throughout our six years of ups and downs, I think we’re in the best place we’ve ever been, just understanding each other better. Continue to go to therapy, continue to work things out, ‘cause at the end of the day, we know that true love is hard to find and the love we have for each other is unconditional.”

During the first season, Kelly lied to her cast mates, denying that she was considering getting back together with the “Power Rangers” actor. Kelly later admitted to ET that she was just trying to save her friends from getting swept up into the whirlwind that is her personal life.

“Me and Andrew’s relationship is so up and down, we’ve been on a roller coaster, and for my friends, I think, like, [I’m] a little bit embarrassed in a sense, where I hate to have them go on this roller coaster with me,” she expressed. “It’s so emotional all the time. So, I feel a little guilty.”

See more in the video below.