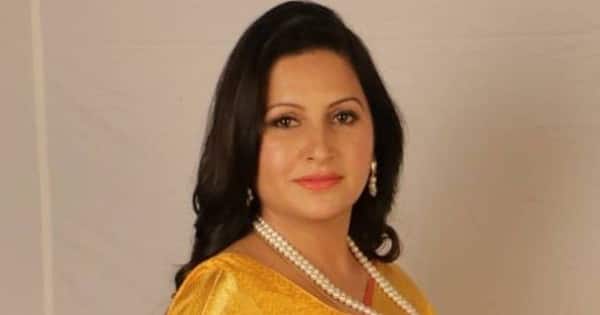 Bigg Boss 14 has been the most talked about show. The show is heading close towards the finale and the contestants are showing us an amazing game. We have seen so many entries and exits this season. Just like last season, many entered as wild card contestants this season as well. Sonali Phogat was the one who entered as the wildcard last. She has been playing well but recently, we saw her getting into some nasty arguments. She was very calm and quiet earlier when she entered but later on she fought with Rubina Dilaik, Arshi Khan and Nikki Tamboli. She also said some unwanted words which were not liked by the audience as well as Salman Khan who bashed her for it. Sonali Phogat’s liking for Aly Goni also became the talk of the town. Soon after Jasmin Bhasin left, we saw Sonali Phogat confessing that she liked Aly Goni. Also Read – Bigg Boss 14 promo: Sidharth Shukla SLAMS Nikki Tamboli for using the #MeToo card; says she is ‘not entertaining anymore’

Many even called her relationship with Aly fake. People said that she was doing it just to get votes. Even during yesterday’s media interaction, we saw that Sonali Phogat did not get a place in the BB Newspaper. She has been considered as one of the weakest contestants. Now, as per The Khabri, Sonali Phogat has been eliminated from the house. Also Read – Bigg Boss 14: Sidharth Shukla, Rashami Desai and Tina Datta are set to enter the house – view pics

Talking about Sonali Phogat, she has been criticised for throwing food just after a task where Bigg Boss tried to explain to them the importance of food. Yesterday, during the media interaction we also saw Sonali Phogat questioned about it by the media. However, Sonali Phogat gave an explanation but no one agreed to it. Also Read – Bigg Boss 14: Abhinav Shukla reveals his lockdown experience to Rakhi Sawant; says, ‘Humne road pe chai banai thi’