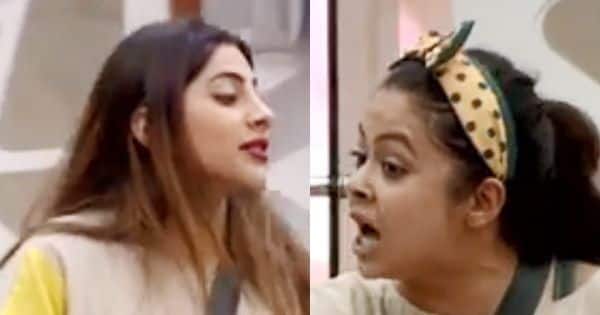 Bigg Bosss 14’s latest episode was quite a dramatic one as we say some intense war of words between Rubina Dilaik, Abhinav Shukla and Rahul Vaidya and later followed by Devoleena Bhattacharjee and Nikki Tamboli. Talking about the latter’s verbal spat, everything was acceptable but we do feel that Nikki crossed the line, when she dragged the #MeToo topic of Devoleena’s last season, which she said in the heat of the moment while performing a task against Sidharth Shukla. In fact, Vikas Gupta, Arshi Khan too felt that she was wrong and removing this topic was completely uncalled for. Well, we would like to know your thoughts about it through your votes. Also Read – Bigg Boss 14: Nikki Tamboli is BADTAMEEZ, say fans – view poll result

For the unverse, during the task of snake and ladder in Bigg Boss 13, Rashami had threatened Sidharth Shukla of #MeToo allegations and also accused of him misbehaving with everyone. Though later she sorted out with the Broken But Beautiful 3 actor. Also Read – Bigg Boss 14 preview: Aly Goni calls Abhinav Shukla ‘bandar’; latter retorts by calling him a ‘bhais’

Devoleena Bhattacharjee recently took stand for Rubina Dilaik, who was criticised for showing her pinky finger in the show as she told E Times, “I feel even if Rubina has shown pinky finger with the intention of middle finger and if she had really meant it she would have owned it up and have felt embarrassed. And I found her justification genuine that since Arshi Khan was getting irked she continued to show her little finger. I don’t think she was wrong. She was just teasing. And even if she showed what’s wrong, in our season, people crossed all limits and have shown middle fingers so many times. That time nobody raised their voice so why now? There are many instances which raise questions in our minds because we saw so many nasty things happening in our season and nobody said anything. From pushing, abusing, to showing the middle everything has happened in my season.”