“I took my last Xanax less than two days prior to moving into this show,” says the Season 21 winner in a video posted to TikTok.

There were a lot of rumors and speculation about “Big Brother’s” Season 21 winner Jackson Michie during his time in the house, from erratic behavior to more serious claims. Now, the former reality star is coming clean about getting clean … while in the house.

In a new video posted to TikTok on Friday, Michie revealed that not only was he fairly fresh out of surgery for a “stress-induced blood clot” near his heart less than a month before moving into the Big Brother house, but he was just days out from drug use. 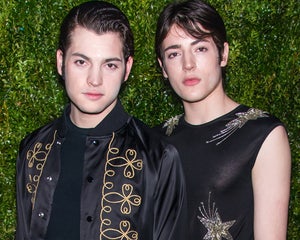 “Before going into Big Brother, I was addicted to Xanax, struggled with Adderall and cocaine, and I took my last Xanax less than two days prior to moving into this show,” he said in the video he described as his “most terrifying post yet.”

“At the age of 23, I literally went through Xanax rehab, post-surgery recovery, on national television for 100 days and beat 15 people to be the winner of Big Brother 21,” he continued.

In the caption to his video, Michie said that he “hid addiction from the world,” which could mean that CBS and “Big Brother” producers were also kept in the dark. That said, America certainly seemed to pick up on something going on with him, as evidenced by social media chatter throughout his season.

Michie now declares himself “proudly drug free,” and said in a follow-up post that part of the reason he finally made the decision to come clean bout his experience was because he wants to use the platforms the show has given him “to hold myself accountable.”

“I don’t want to go back down the same paths that I’ve been down and live the same life that I’ve lived,” he continued. “I’m holding myself accountable, putting myself out there with no wiggle room to f— up now.”