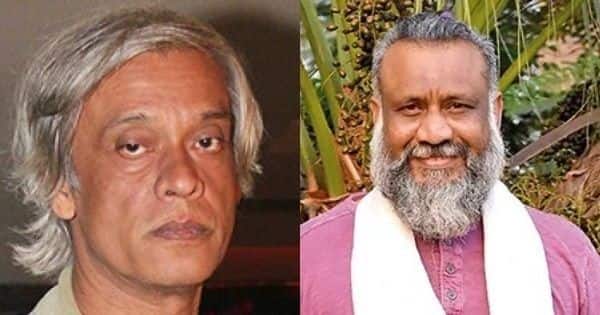 Two of the talented filmmakers of Bollywood, Anubhav Sinha and Sudhir Mishra are set to collaborate for a quirky thriller, which is expected to take you on an entertaining ride. While Anubhav Sinha is known for directing films like Thappad, Mulk, Article Ra.One, Sudhir Mishra has delivered films like Yeh Saali Zindagi, Khoya Khoya Chand, Hazaaron Khwaishein Aisi and others. While the project will be directed by Sudhir Mishra, it will be produced under the banner of Anubhav Sinha’s Benaras Media Works . Also Read – Priyanka Chopra, Kajal Aggarwal, Nimrat Kaur laud Joe Biden and Kamala Harris after US presidential elections win

A source close to the development said, “Anubhav Sinha and Sudhir Mishra share a camaraderie that goes beyond films. The duo will now be coming together for a film. While most details about the project are kept under wraps, what we can tell you is that it will be a quirky edge-of-the-seat thriller that that will make you chuckle and bite your nails, all at once.” The source further adds that Anubhav and Sudhir are in talks with an A-list actor for a lead role. Also Read – Ra.One director Anubhav Sinha: I must make another superhero film

In October this year, the Ra.One maker said that he wants to make another superhero film as he tweeted, “Nine years back this date we released Ra.One. Probably the most bittersweet experience of my life. Such an accomplishment and disappointment together in so many ways. I must make another superhero film just for a catharsis. Thanks and sorry Team. Love Y’all. to mark nine years since the release of his Shah Rukh Khan and Kareena Kapoor Khan-starrer Ra.One, filmmaker Anubhav Sinha revealed that he needs to make another superhero film “just for a catharsis.” He added, “Sorry because I should have done better. You did your best.” Also Read – Trending Entertainment News Today – Sidharth Shukla’s comment on Shehnaaz’s video creates a storm; Cinema halls allowed to operate at 50% capacity

The director has previously spoken about Ra.One’s sequel to PTI. He had said that Shah Rukh and him keep talking about it. “Neither of us have written it off. Shah Rukh Khan and I keep talking about it. But it needs one catalyst. It’ll come either from him or me. Then we will get started. Every time we both meet, we talk about it, let’s do this. But nothing exciting enough has happened so far,” stated the director. “I have given it a serious thought, maybe on a long flight. Where can it go, what it could do and the possibilities of a story. There have been ideas but none exciting enough for me to sit down and punch it in. So let’s see,” he added.

So, are you excited for this quirky thriller? Tweet and let us know @bollywood_life.