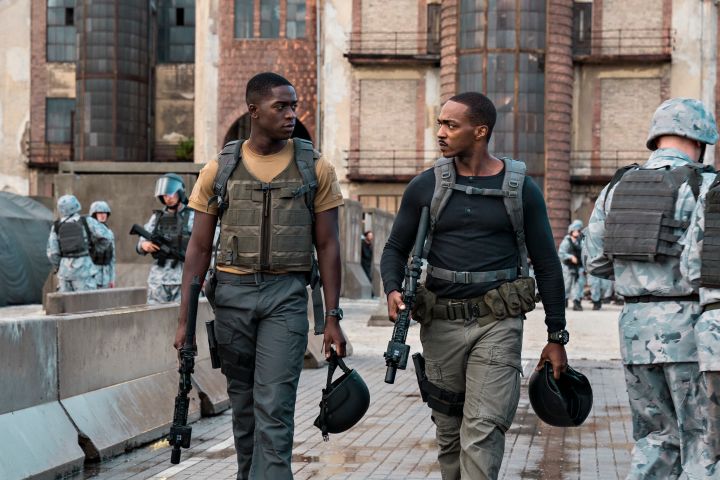 The future of warfare is here.

On Monday, Netflix debuted the trailer for the new sci-fi action film “Outside the Wire”, starring Anthony Mackie and Damson Idris.

“Set in the future, a drone pilot (Idris) is sent into a deadly militarized zone where he finds himself working for an android officer (Mackie) tasked to locate a doomsday device before the insurgents do,” the official description reads.

The trailer offers viewers a glimpse at the future world of the movie, including some incredible looking battle sequences featuring humans and android.