Tyler Perry is assisting Breonna Taylor’s boyfriend, Kenneth Walker, to help fight a case from one of the cops who raided their home. 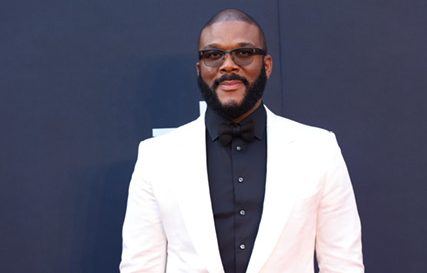 The case of Breonna Taylor has shaken anyone with a heart to their core. For months, people marched and protested, seeking justice for her murder. Attorney General Daniel Cameron refused to bring justice and is currently under fire for not even giving jurors the option for justice, forcing them to come forward and call him out. To make matters worse, one of the officers who raided her house is suing her boyfriend Kenneth Walker. According to reports from TMZ, Kenneth is getting a major assist from Tyler Perry as he fights this case.

Sources tell TMZ that the Hollywood producer and filmmaker just donated a whopping $100,000 to Ken’s legal defense fund that was recently started on GoFundMe. The goal was $100k, but was somewhat lagging in the early going … idling at less than $10k.

On Sunday, however, we’re told Tyler threw down some big cash in four separate installments within minutes of each other. He donated 2 shipments of $10k, then donated $50k and topped it all off with a final donation of $30k. Now, Ken’s over the finish line and then some.

Kenneth is being sued by officer Louisville PD officer Jonathan Mattingly, who was shot during the raid. The nerve and audacity is just mind-blowing, but Tyler’s help put Kenneth over the goal line for his GofundMe to fight the case.

If you would like to donate, you can here.