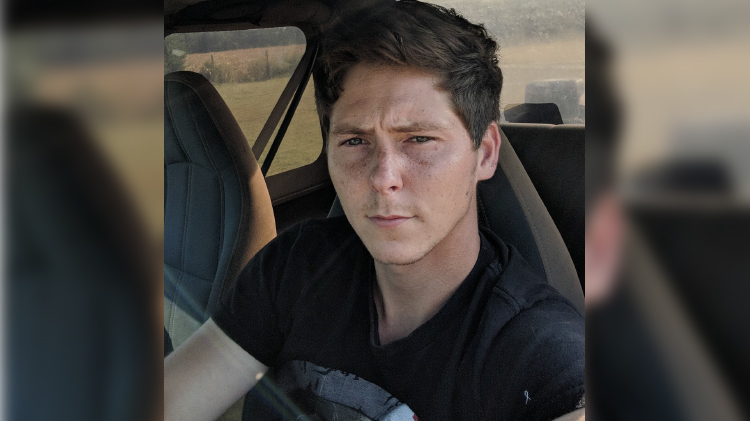 Money issues? 90 Day Fiancé star Brandon Gibbs works hard to provide for his fiancée, Julia Trubkina, but it seems his current financial situation and future career plans do not line up with her hopes for their life together.

Brandon, 27 and Julia, 26, were introduced to fans on season 8 of the hit TLC series. They met via FaceTime when Brandon’s friend encountered Julia at a club while on vacation in Russia. After the friend introduced Brandon and Julia virtually, they connected online. Five months later, the couple got engaged during a romantic proposal while vacationing together in Iceland.

In his confessional on episode 1, Brandon revealed he worked as a pest control technician, which can earn him a salary of $23,000-$43,00, according to Zip Recruiter. He also planned to take over his family’s farm and dog breeding kennel once parents Betty and Ron Gibbs were ready to retire.

The Dinwiddie, Virginia native found himself facing $10,000 in credit card debt after financing his and Julia’s trips to see each other while they were in a long-distance relationship, the fees for her visa, as well as financial support for Julia as she was unemployed at the time. He had no other choice but to live at home instead of moving into his own place with Julia when she arrived in the United States from Russia on a K-1 visa. While Brandon seems content and grateful that his parents allowed the couple to live at their home rent-free, Julia struggled to adjust.

Julia particularly took issue with the many restrictions of Ron and Betty’s household which include mandatory chores to help around the farm and feeding the animals, as well as the rule that Julia and Brandon were not allowed to sleep in the same room until they were married.

Another issue for Brandon and Julia is that he planned to take over the farm and kennel business from his parents when they retire. Julia disliked living on the farm and had dreams to move to a major city, where she hoped to find a different career path than farmwork. This caused a rift between his parents and Julia because Betty and Ron looked forward to the day that their son took over the family business.

It seems fans will have to wait to find out if Brandon and Julia can compromise and come to a solution they both can agree on.